Leading furniture group, Furnmart saw a positive revenue growth in their July year end results. However, they were dampened by currency fluctuations between trading nations which had a negative impact on the overall profit.
Furnmart, through its Home Corp store has operations in Botswana, Zambia and Namibia with a distribution centre in South Africa.

“Profit after tax for the year is 1 per cent below last year largely on account of two factors. First, there was a P10.7 million negative movement on account of 9 per cent depreciation of the South African Rand and Namibian Dollar against the Pula for the year. Second, there was a P4.3 million gain on a sale of property in last year’s financials,” reads the results statement signed by board chair and managing director, John and Tobias Mynhardt respectively. The statement makes a point that with broad foreign operation in the business, currency fluctuations will be an ever present feature on profits.
Furnmart managed to open eight stores in their countries of trade over the last year, and they stated that all of them are doing satisfactorily.

The statement reveals that the company has attained the International Financial Services Centre (IFSC) certification, a move that will have a positive impact on the profit margins of the company. According to the statement, with effect of April 2013, “the company is eligible for discounted corporate tax in Botswana on its income from all sources outside Botswana.”

On their prospects, Furnmart said they are looking to expand the brand significantly in future. “The group has undergone a few years of consolidation which have seen the establishment of a distribution centre in Johannesburg, the implementation of a new IT system, the strengthening of the senior management team and the setting up of new business units. These foundations will facilitate acceleration in the group’s growth with 10 more new stores, including one Home Corp planned for this year should appropriate sites become available.”

Despite the growth in the company’s revenue, Furnmart’s stock on the Botswana Stock Exchange has largely remained docile, according to Motswedi Securities’ Friday weekly market assessment. “On the domestic board, the counter has been mute trading at 200thebe,” the group assessed.

Masters must speak out or go 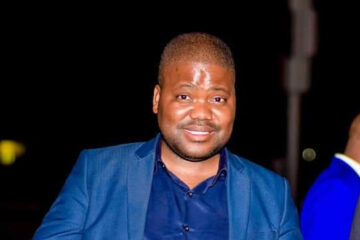