France was set Monday to provide what it says is clear evidence that the Syrian regime was behind a devastating chemical attack, as Western leaders bid to overcome widespread scepticism to military action.

With US President Barack Obama also lobbying Congress to back strikes, Damascus said it remained on alert for a possible attack, urging the United Nations to “prevent any aggression” against it.

French government sources said evidence proving the regime’s involvement in the attack would be provided to top lawmakers at a meeting with Prime Minister Jean-Marc Ayrault at 1500 GMT.

“It will be a set of evidence of different kinds that will allow the regime to be clearly identified as responsible for the August 21 chemical attack,” a government source said.

Another government source said the evidence would include “declassified secret documents” and that “some of them could be made public”.

The French parliament is to hold a debate Wednesday on taking action on Syria, where more than 110,000 have been killed in violence since an uprising against the regime began in March 2011.

Hollande has vowed to “punish” President Bashar al-Assad for the alleged gas attack, which Washington says killed more than 1,400 people.

The French president can order military action without parliamentary approval but some lawmakers have urged Hollande to put the issue to a vote.

France has emerged as the main US ally in the Syria crisis after the British parliament in a shock move rejected plans for military action mooted by Washington.

But public opinion in both countries is deeply sceptical and in a surprise move Obama put off threatened missile strikes, saying he would seek approval from Congress first.

That pushed back any US-led military action until at least September 9, when US lawmakers return from their summer break.

Obama and other top administration officials lobbied individual members of Congress in calls on Sunday, saying Washington had proof the Damascus regime used sarin gas in the attack.

More calls were planned for Monday, a US holiday.

A Syrian security official told AFP that the country’s army was still on alert, even if the threat of an imminent strike had receded.

“American aggression against Syria, if it happens, is a form of support to terrorism…. The army is on alert and will remain so until terrorism is completely eradicated,” the official said.

State news agency SANA reported that Damascus had urged UN Secretary General Ban Ki-moon to “assume his responsibilities… and to make efforts to prevent any aggression against Syria.”

Moscow meanwhile said it remained totally unconvinced that the Assad regime carried out the attack, warning that Western military action would sink efforts to organise a peace conference in Geneva aimed at finding a political solution to the conflict.

“If the action announced by the US president — to the great regret of all of us — does in fact take place… it will put off the chances of (holding) this conference for a long time, if not forever,” Foreign Minister Sergei Lavrov said.

A report on Monday said that Russia, Assad’s key international ally, had sent a reconnaissance vessel to the Mediterranean. Moscow has kept a rotating presence of several warships in the region over the last months.

China also said it was “gravely concerned” about the prospect of “unilateral military actions” against Syria, saying no measures should be taken until it was clear who, if anyone, had used chemical weapons in the country.

China has in the past joined with Russia in blocking UN Security Council resolutions supported by Washington and its allies against the Assad regime.

As Syria’s chronic violence continued, a watchdog said that 42 people had been killed in air raids and fighting in a town near Damascus at the weekend, after regime forces retaliated for a rebel attack on army positions.

The Syrian Observatory for Human Rights said at least 20 rebels had died around the town of Rouhayba, northeast of the Syrian capital. The other victims comprised regime forces and civilians, including four children. AFP 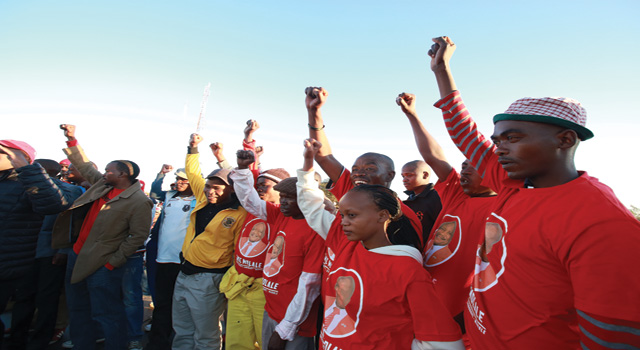