FRANCISTOWN: Botswana Democratic Party councilor and Francistown Deputy Mayor Lechedzani Modenga is feared to have abandoned his council role and fled amid allegations that he owes a lot of people money.

The Botswana Gazette understands that Modenga has missed several council meetings, as well as major events like Independence Celebrations and the Sowa Town Mayor’s ball where he was expected to stand in for City Mayor, Sylvia Muzila. Former Fracistown Mayor Shedreck Nyeku and Specially Elected Councilor Peter Ngoma ended up being called to cover for him.

His party colleagues have also given some credence to claims of why he disappeared, “Each and everyday a lot of people flock his office looking for their money, unfortunately he is nowhere to be seen…Besides that we have learnt that even at his council ward Moselewapula, he is nowhere to be seen. Since he was elected, he never addressed a single meeting,” revealed a party colleague anonymously.

In another claim, Modenga is said to be failing to pay back a P8000 loan he got from Nkadime Cash Loan last April, “I can confidently confirm that Modenga like any other customer borrowed this amount, but surprisingly changed his account so we cannot have access to money. Ever since then we have never seen him… this week, if he fails to pay we will be preparing a summons because we have been patient enough,” warned Daniel Tshoganetso, a consultant at the cash loan.

Francistown West MP Ignatius Moswaane says he is also aware of Modenga’s alleged disappearance, “I can confirm that people in his ward are complaining about his whereabouts. I have addressed two meetings but he never bothered to attend though he knew about them,” said Moswaane who also says problems in Modenga’s ward remain unattended. Moswaane also says he received complaints from one Motshelo group which says Modenga has swindled it of its money.

While Modenga and the Mayor could not be reached for comment as their mobile phones were unreachable, BDP’s Francistown West Branch Chairperson Liza Manguso insisted on consulting Moselewapula Ward residents before weighing in on the matter, “I am not in a position to comment on the issue because I still need time to consult his ward first.”

Modenga is not new to controversy, in 2014 there were attempts to oust him from the Mayorship, following complaints that he was always absent from his office. In 2015 he was embroiled in a legal tussle with one Barulaganye Motimane over Plot No 8950 in Mmopane, which he claimed its ownership of.  His name also cropped up in the contest for additional members at BDP’s Mmadinare Congress even though it was never seconded. 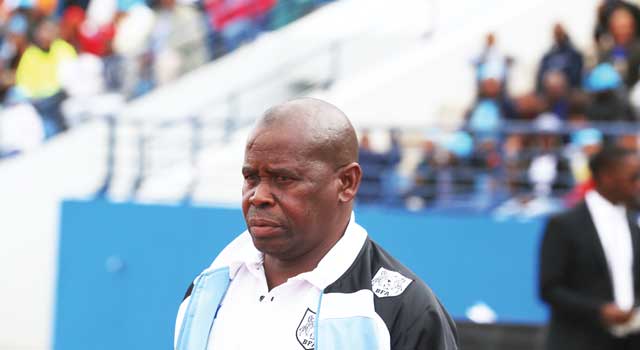