Gantsi: In another turn of events, Gantsi farmers have threatened to boycott Botswana Meat Commission (BMC). The farmers plan to stop selling their cattle to the BMC for a period of six months until their grievances such as late payments and the de-monopolization of BMC are addressed.
The farmers also selected a delegation that will meet President Ian Khama and present a petition to him. The farmers expressed this at a highly emotional charged meeting which was attended by the four farmers’ associations from the Gantsi region at the Gantsi kgotla on Tuesday last week.

The four associations unanimously agreed that they will choose a delegation that will meet the President to address matters that have bedeviled the beef industry for some time now.

Farmers feel that they have engaged all the stakeholders such as the BMC management and the Ministry of Agriculture but nothing has come out of the meetings hence their decision to meet the President. According to the farmers associations, engaged the agriculture minister, Patrick Ralotsia on the 27 of March to discuss the issues of late payments but no action was taken.

“We have tried everything and it’s time we took a radical step. We are the ones who are suffering,” explained one of the association’s leaders who preferred anonymity.

Late payments by the BMC
The farmers said late payment has adversely affected their business’ cashflows, and by extension other businesses in the area that service the beef industry. They proposed to draw a list of all BMC creditors which includes farmers, transport operators, and feedlot owners, draw up the total amount owed and give the list to the presidents. They will ask the President to bail them out because they cannot wait any longer. July 27th was given as the deadline date for everyone to have submitted their names.

Boycotting the BMC for six months
The farmers has reasoned that not selling their cattle to the BMC for a period of six months will adversely affect the parastatal’s production and capacity to export to the European Union, something they hope will bring BMC to its knees. This, they argued, will send a strong message to government that they are serious about BMC de-monopolization. Forty percent of cattle slaughtered at the BMC come from the Gantsi region. Meanwhile, the farmers want to be allowed to sell their cattle to South Africa and other SADC countries for two years while BMC sorts out its mess. They will be selling to butchery shops locally, and to big beef processors like Senn Foods and Gantsi Beef while they wait.

Withdrawal of membership from the Botswana National Beef Producers Union
At the meeting it was also agreed that all associations must delink from the Botswana National Beef Producers Union which is the mother body of all beef farmers in the country and form their umbrella union that will represent their interest since the current union is failing them.
The four farmers associations unanimously withdrew their memberships from the union and highlighted that they will write a letter to the union and inform it about their decision. “The union is not representing our interest and we have been supporting it for a period of three years. Nothing has improved and it is time we reviewed our position,” charged one farmer.

The four associations also revealed that they will lobby the Ngamiland and Kgalagadi Regions to join them in their umbrella association as they have similar problems. 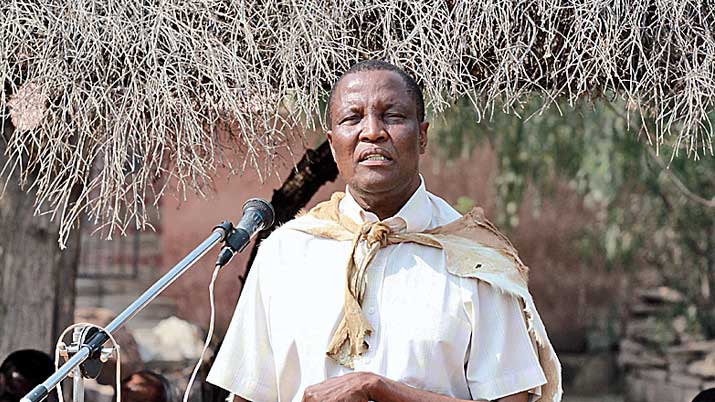