The 2013 Botswana General Certificate of Secondary Education (BGCSE) results were released by the Botswana examination council yesterday. The results show that no government school or government aided school achieved more than a 50% pass and only one,  Saint Joseph’s College attained a pass rate of over 40 percent.

The results further show that out of a total number of 34 069 candidates who sat for examinations, 24 494 were from Government and Government Aided schools, 2 421 candidates from private schools and 7 154 were private students of which 4 055 were registered through the Back-to-School initiative.

Science Double Award, Human and Social Biology and Development Studies recorded significant declines of about 5%, 5% and 4% respectively. Three other syllabuses (English Language, Computer Studies and Business Studies) recorded slight increases while four others (Mathematics, Religious Education, Biology and Geography) recorded slight decreases.
Performance in the remaining twelve syllabuses is reported to be similar to that of 2012.

Educationist Professor Richard Tabulawa of the University of Botswana has said the continued poor performance of students in Mathematics and Sciences was frustrating Government efforts to channel resources towards developing science related fields like Mining and Engineering.

The just released Botswana General Certificate of Secondary Education (BGCSE ) results indicate that Mathematics is the most failed core subject while students do a lot better in Biology, Chemistry and Physics. Universities usually consider sciences together with mathematics for technical courses which means students might not make it into programmes like Bachelor of Sciences and other science based subjects.

Professor Tabulawa  said these unbalanced results may prevent admission to university or the students may  struggle if they manage to get admitted.   He said it also creates a problem for them as the University is trying to increase enrollment in science related courses but they fail to reach targets.

Meanwhile, Public Finance Senior Lecturer at the UB Dr Emmanuel Botlhale said there was a need to bias education expenditure in terms of funding to Mathematics and Science education so as to produce a knowledge based society. He said the Math and Science subjects have catapulted some countries such as Malaysia and  Korea into the league of knowledge-based societies. “These countries are what they are today because there are knowledge based societies. They compete with the best in the world,” he stated.

Explaining on how the poor results may affect the economy, Dr Botlhale  said,  “If the education sector is performing badly, as it has been doing lately, this will surely badly affect human capital development, hence, will also affect economy , human and social development  in Botswana . Given this situation, delivering on Vision 2016 pillar of an Educated and Informed Nation will not be possible.” 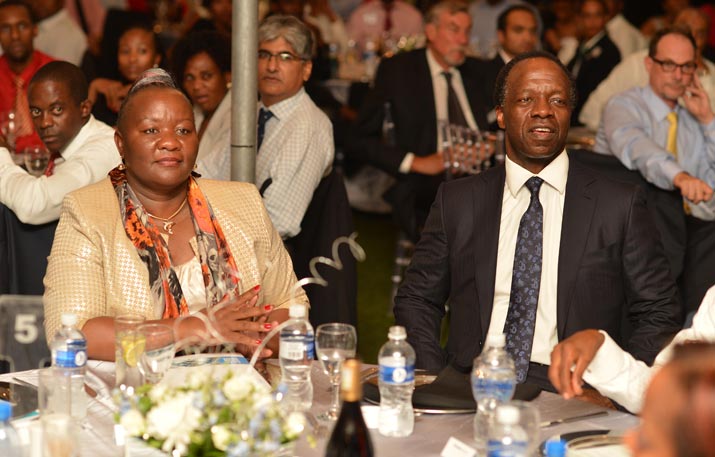