BMC Chairman Kelesitse Gilika has rubbished reports that the club’s former coach Daniel ‘Chicco’ Nare has been working without an official contract, saying Nare was working under an open ended contract that had no duration.

“All those reports about the absence of a contract are untrue. We had an open ended contract with no limitations or duration. Both parties clearly understood the terms of the contract and we have been explaining this issue for a while now,” Gilika told Gazette Sport.

An open ended contract gave both parties carte blanche to opt out of the contract or engage in negotiations with other clubs. Nare has left BMC to join Letlapeng. Gilika revealed that they tried to negotiate for a prolonged deal with Nare before he left but to no avail.

“We held discussions with him and tried to keep him but he chose to leave as he got a better offer from Letlapeng. These things happen in football, he got my blessing because he never did anything wrong as far as his exit was concerned. He simply exercised his contractual right,” he said.

Gilika added that BMC management is yet to discuss on the next course of action to identify Nare’s successor.
“We received his resignation on Sunday and we will hold discussions as management in order to map the way forward. At this point we are not ready to make a statement on who will be appointed as our next coach,” he said.

Many within the football fraternity were not surprised by Nare’s exit from BMC. The coach has had a tortured relationship with BMC and he was widely expected to leave the club. Nare was dismissed by BMC after the 2013/2014 season because of what management deemed as unsatisfactory results. He was heavily linked with Letlapeng during the off season but the rumors did not materialize as he was later reinstated by BMC ahead of the current season. During his term, Nare restored BMC to its place among the top clubs in the country this season. He leaves the club at third position on the log after an impressive start to the season. Letlapeng signed Nare on a three year contract. This will be his second stint at the club as he once joined the club in 2006. Ironically, at the time, he had left BMC to join Letlapeng who were playing in the Second Division. 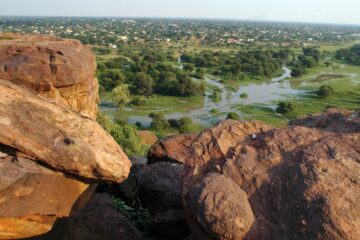