Economic recovery in the United States and continued growth of emerging markets like China will spur diamond demand in real value terms, says the Diamond Insight Report 2014 released by De Beers last week. However, the report warned that diamond production will decline slowly after 2020.
The Diamond Insight Report, which aims to provide an annual perspective on the global diamond industry, predicted that positive demand growth for diamonds will almost certainly outstrip growth in production volumes in the medium term. Across the value chain, organizations that are able to innovate and differentiate themselves will be best positioned to capture the opportunities created by this supply demand dynamic. However, the report warns that there will be strong competition from other luxury categories, and investment will be required to safeguard and nurture the diamond dream.
“Brands will become increasingly important because consumers are seeking them out and they give retailers an opportunity to differentiate themselves from generic propositions. On-line is rapidly increasing in importance as a channel for both research and sales of diamond jewelery to consumers, and will continue to do so though the pattern differs by geographic market,” read the report.
The midstream will professionalize and consolidate as a result of increasing competitive pressure while businesses with scale and/or differentiated strategies will thrive. The report also states that beneficiation will continue to be important for countries and regions where diamonds are mined. As a result of decreasing supply from existing mines, the process of mining will become increasingly complex, remote and costly. Therefore investment in operational innovation will be required to drive productivity as technology becomes increasingly important in the diamond industry.
“The importance of technology will be to support the whole value chain, including safeguarding the diamond dream from the risk of weakening consumer confidence as a result of undisclosed synthetics and treatments to natural diamonds,” the report said.
The importance of diamonds to the economies of some producing nations like Botswana is noted in the report, which stated that for more than 45 years, the partnership between De Beers and Botswana has delivered significant benefits to the people of Botswana.
“In Botswana, diamonds represent more than one quarter of GDP and over three-quarters of overall exports,” read the report.
Globally, De Beers and ALROSA remain the two largest diamond producing groups by value. De Beers’ 2013 share of volume was 21percent and its share of value stood at 33 percent, while ALROSA’s share of volume and value were at 25 and 26 per cent respectively. De Beers remained the largest supplier with roughly 33 percent of overall sales measured by value, followed by ALROSA with 25 percent of sales. The largest diamond producing country by volume, Russia, produced 25 percent of total carats, and 26 percent of overall rough diamond value during the year under review. Botswana produced 16 percent of the total number of carats, corresponding to 21 percent of overall value. 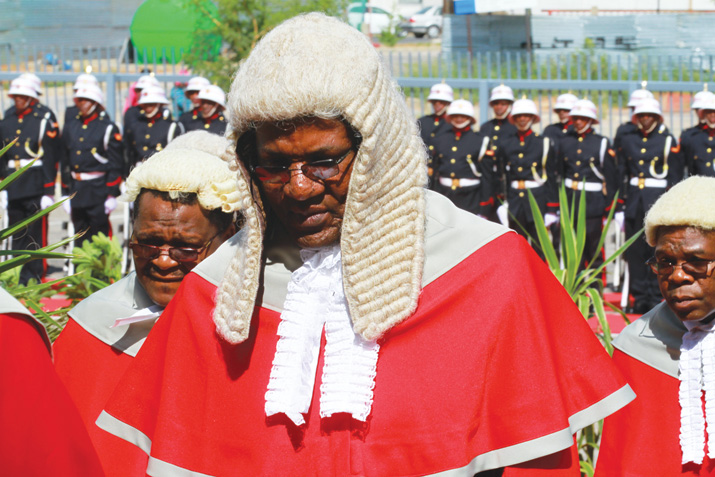