Global foreign direct investment (FDI) inflows fell by 16 per cent in 2014 to $1.23 trillion, down from $1.47 trillion in 2013, the World Investment Report (WIR) 2015 has indicated. The comprehensive report highlighted that this is mostly explained by the fragility of the global economy, policy uncertainty for investors and elevated geopolitical risks. It said the other reason why the global FDI inflows fell was that new investments were also offset by some large divestments in some parts of the world. However, the decline in FDI flows was in contrast to macroeconomic variables such as GDP, trade, gross fixed capital formation and employment, which all grew.

“Although the outlook for FDI remains uncertain, an upturn in FDI flows is anticipated in 2015. Strengthening economic growth in developed economies, the demand-stimulating effects of lower oil prices and accommodating monetary policy, and continued investment liberalization and promotion measures could favourably affect FDI flows. Both UNCTAD’s (United Nations Conference on Trade and Development) FDI forecast model and its business survey of large MNEs (Multi-National Enterprises) show a rise of FDI flows in and after 2015,” the report noted.

It said the global FDI inflows are expected to grow by 11 per cent to $1.4 trillion in 2015. Flows could increase further to $1.5 trillion in 2016 and are anticipated to increase to $1.7 trillion in 2017. “The share of MNEs intending to increase FDI expenditures over the years 2015 to 2017 rose from 24 to 32 per cent, according to UNCTAD’s business survey. Data for the first few months of 2015 are consistent with this forecast. However, a number of economic and political risks, including ongoing uncertainties in the Eurozone, potential spillovers from geopolitical tensions and persistent vulnerabilities in emerging economies, may disrupt the projected recovery,” the WIR 2015 indicated.

Africa’s performance remained stable, according to the report, at $54 billion. It said Southern Africa received $10.8 billion of FDI in 2014, down 2.4 per cent from 2013, noting that while South Africa remained the largest host country in the region at $5.7 billion, which is half the FDI of the entire region, Mozambique played a significant role in attracting FDI at $4.9 billion. This means that the two countries accounted to $10.6 billion of the total $10.8 billion received by the region, and only $200 million wentto the rest of the region which includes Botswana.

It said North Africa saw its FDI flows decline by 15 per cent to $11.5 billion. FDI in the region fell because of tension and conflict in some countries, despite significant inflows in others. FDI into Egypt grew by 14 per cent to $4.8 billion, and flows into Morocco by 9 per cent to $3.6 billion. Ebola, security issues and falling commodity prices negatively affected several countries in West Africa and FDI flows declined by 10 per cent to $12.8 billion. “East Africa saw its FDI flows increasing by 11 per cent, to $6.8 billion. FDI rose in the gas sector in the United Republic of Tanzania, and Ethiopia is becoming a hub for MNEs in garments and textiles. Central Africa received $12.1 billion of FDI in 2014, up 33 per cent from 2013. FDI flows in Congo almost doubled, reaching $5.5 billion as foreign investors were undeterred, despite falling commodity prices. The Democratic Republic of the Congo continued to attract notable flows,” the report said.

Asia was the largest recipient of FDIs. “Following a 9 per cent rise in FDI inflows, developing Asia reached a historically high level of $465 billion in 2014, consolidating the region’s position as the largest recipient region in the world. Inflows to East Asia rose by 12 per cent to $248 billion. China, now the largest FDI host economy in the world, accounted for more than half of this figure. Hong Kong (China) witnessed a 39 per cent increase in inflows to $103 billion. In South-East Asia, FDI inflows rose by 5 per cent to $133 billion. This increase was driven mainly by Singapore, now the world’s fifth largest recipient economy, where inflows reached $68 billion,” the report indicated. 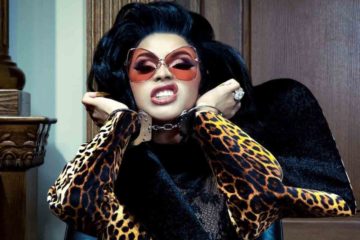