His face was among the first few to grace television screens when national television broadcaster Botswana Television went live, and this made him a household name; years later he is taking a huge leap into politics.

Greg Apollo Losibe has declared his interest in running for the parliamentary constituency of Ghanzi North under the Botswana Democratic Party (BDP) banner. Subject to the party’s vetting process, Losibe will take on Johnnie Swartz, Minister of Infrastructure Science and Technology, who has been in Parliament for 26 years.

In an interview with The Gazette, Losibe confirmed his interest and said: “Politics for me is an ambitious step; it is committing self to being a messenger of the people. I aim to bring change.”

He aims to bring a new face, energy and direction into the constituency. “The region is rich, but poor. We are the meat hub of this country; we have a great cultural mix yet, the area is undeveloped.”

The businessman said in his view there is too much of a city centric mentality that limits Ghanzi from attaining its true potential, and this is what he is seeking to change in Parliament.

On what his selling point is in politics Losibe pointed to his relative youthful age and his message which he believe are key to appealing to young people who make up the majority of the region’s population. In spite of their number, he believes that the youth are inadequately represented in the constituency; he aims to change this.

“There is a need of a mindset shift; the country is in the hands of the youth and we should stop labelling them ‘the leaders of tomorrow’ as in fact they should be taking the lead today as they are contributing leaders.” The 41-year- old said youth should feel duty bound to make decision for the country.

Ghanzi is an embattled region. Its extensive area coverage has made it one of the least developed while it has multiple issues including, rampant unemployment, the settlements battle between Basarwa tribe and the government, and the uproar by commercial farmers in the area about the shenanigans at the Botswana Meat Commission. These are challenges that will be waiting for Losibe if he succeeds in getting into Parliament.

On challenging, Swartz, Losibe said, “the beauty of being a democrat is that it allows us to challenge one another; he is a very respectable man.” He said people will judge both on their merits.

Losibe’s brother, Johane Thiie Losibe said the family had endorsed the father of three’s political ambitions. He said Greg’s interpersonal skills, his age and aspirations would sell him well to the people of Ghanzi North.

Ghanzi North is one of the BDP’s strongholds; Swartz comfortably won the seat in 2009 with 3105 votes to the Botswana National Front’s 1525 votes.

How The Poverty Eradication Fund Gets Milked 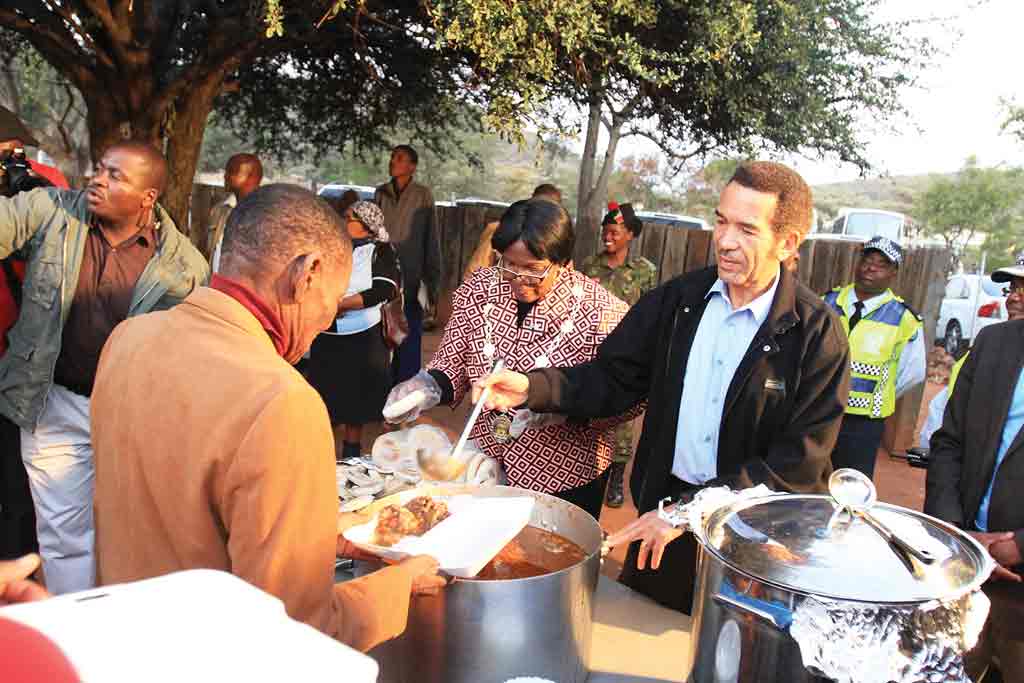