Gaborone United will review the contract of their cup winning coach Rahman Gumbo at the end of the season. The club has condemned widespread speculation that they are considering parting ways with their coach by insisting that their current focus is to finish the league season on a positive note.

Moyagoleele’s management confirmed that they will only discuss the coach’s contract at the end of the season if both parties agree a new deal or opt otherwise.  Gumbo joined the club on an 18 month deal that has an option for renewal. he spent the first six months as the technical director and elevated to the head coach position at the start of the current season.
His ongoing deal is set to end in June, he will meet the club’s management to review his contract.

Gazette Sport understands that the coach has met at least two of the deliverables on his contract; the first was to build a formidable team better than that of the previous season and the second was to deliver silverware.

“Gumbo has a running contract. We do not want to discuss anything connected to the coach’s contract, we want to end the season. All the focus should be on the remaining league games. We will surely review his contract, both sides will have a chance to have a say on how the season panned out. Once we are ready to reveal any news regarding his contract we will gladly make it available for public consumption,” said GU’s Communications Manager Kabelo Brown. 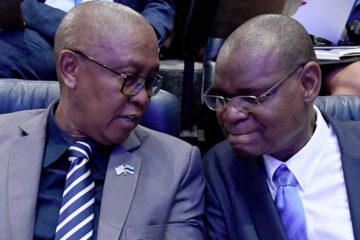