With only five days remaining for the transfer window to be closed, city giants Gaborone United have not made any big name signings as they insist that they have a complete squad. Across town, arch rivals Township Rollers have been on a spending spree, signing experienced campaigners Tshepo Motlhabankwe and Jerome Ramatlhakwane. Rollers are also rumored to be on the brink of signing goalkeeper Noah Maposa from South African outfit United FC and midfield maestro Dirang Moloi.

Asked if they are not worried by their arch rivals signing big name players, GU spokesperson Kabelo Brown said there is no need to panic as their squad is fine.

“We are not head-hunting any big name players, but the technical team has been exploring possibilities of signing one or two defenders and a goalkeeper to boost our defense,” he said.
GU finished the first half of the 2014/2015 season at position five with 25 points, 12 points behind log leaders Township Rollers. But Brown maintains that the team is still in the race for the league title as they have strong players. GU was let down by poor defending in the first half of the season and ended up conceding 15 times, hence Brown’s assertion that they will boost their defense. The return of goalkeeper Neo Kenalemang, who has been out on injury will also boost GU’s defense. In his absence, the team relied on young Goitseone Phoko to man the goal posts. Kenalemang and Phoko will now compete for a first team position.

After scoring 26 goals, GU is currently fourth in terms of scoring prowess and they will have to score more goals if they want to keep up with other top teams. Moyagoleele have also welcomed Kabo Rasuping who was on loan to BMC and Tebogo Sembowa who was on suspension. Striker Tendai Nyamadzawo is also back with the team after an injury. When the season started, GU roped in Namibian national Benson Shilongo to improve their striking force as Sembowa was sidelined while Ronald Chikomo was inconsistent. However this did not help the situation as GU failed to score as many goals as they wanted. A tight competition for places between Shilongo, Sembowa and Chikomo could improve GU’s scoring record. 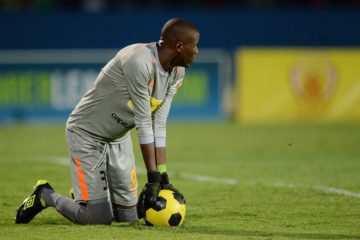