Former Gaborone United striker Moemedi ‘Jomo’ Moatlhaping is believed to be on the wanted list of Mochudi Centre Chiefs and Extension Gunners. The experienced forward’s contract was terminated by Moyagoleele last week and is now a free agent. Both clubs could tussle to sign him on a bargain deal.

Gunners coach Dragojlo Stanojlovic is reportedly a keen admirer of the player. During his short lived stint at Chiefs, the Serbian coach often went on scouting trips to assess his rivals, and he is said to have been impressed by Moatlhaping’s aerial ability and his all round play.

The Lobatse based club is expected to make reinforcements in the next transfer window, signing a proven player such as Moatlhaping on a free transfer could be a major coup for the club. Moatlhaping reportedly commanded a salary within the P10 000 range but that would not be a stumbling block for Gunners as they are reportedly on the verge of finding a new financer.

Reached for comment, the club assistant coach could not confirm nor deny their interest in Moatlhaping saying, “Any player we think is suitable for our team will be considered. We will make additions to the squad, but we will not make a complete overhaul of the squad.”

Jomo’s former club, Mochudi Centre Chiefs are also rumoured to be interested in reuniting with their former star. He once helped the club win their first ever league title during the 2007/2008 season.
Chiefs’ Public Relations Officer, Clifford Mogomotsi was also coy on his team’s potential interest in the player. “We will only talk about such matters in three weeks or so. We do not want to be distracted by transfer speculation before the end of the season,” Mogomotsi stated.

Both clubs’ failure to rule out a move for the player will surely intensify the speculation surrounding Moatlhaping. A battle to sign the player could ensue as the transfer window approaches.

Barclays launches Pan-African campaign to enable its customers to prosper 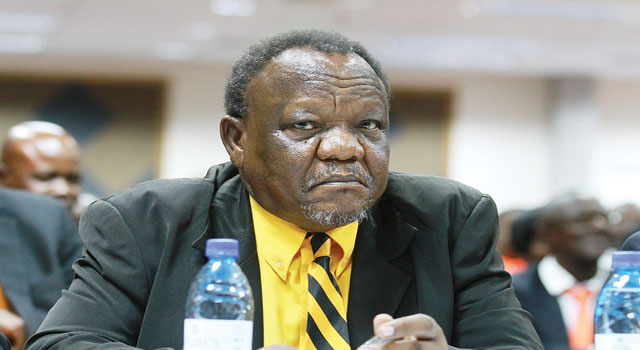