Gunners to be docked 3 points

BR Highlanders has reported Extension Gunners to the Botswana Premier League for fielding an ineligible player during their 08 February 2015 encounter at New Lobatse Stadium where the former lost 1-0.

Highlanders’ Public Relations Officer (PRO) Jacob Monyeki confirmed in an interview with Gazette Sport that they lodged a complaint to Botswana Premier League on Sunday afternoon.
“After investigating the issue we decided to pay P1000 for the complaint. We also wrote BPL a letter and we are submitting it today,” said Monyeki in an interview.

In their complaint, Highlanders argue that Micheal Pillar was not eligible when Gunners fielded him on that encounter. According to Highlanders’ findings Pillar is a Township Rollers player and was loaned to Letlapeng but suspiciously ended up on the hands of Gunners. The aggrieved club argues that Pillar is still Rollers’ player and his loan term has not finished yet, therefore he is a defaulter.
The Mahalapye side said they played the Sunday encounter against Gunners under protest as they had been alarmed that Pillar could be ineligible. Pillar was introduced by the Lobatse giants as a 40 minute substitute replacing Pako Modikwa.

It has also emerged that the Peleng outfit have dropped Pillar from their squad which traveled to Maun to play against Sankoyo Bush Bucks on Saturday. This suggests that Gunners might have realized that the player is ineligible hence the decision to drop him to avoid losing more ‘soft points.’
If Gunners is found guilty, the Premier League will declare Pillar a defaulter then dock them two goals, three points and subsequently award them to Highlanders. This is according to the BFA Section 6.2.1 of the Play Rules and Regulation.
Mapantsola are currently ninth in the league with 29 points and 20 goals. However their 3 points and two goals might be awarded to the struggling Stimela who are currently perched at number 12 with 19 goals and 20 points.
If Pillar is indeed a defaulter Gunners will also get  “a fine of not less than P1000.00 and not exceeding P2000.00,” according to Section 6.2.2 of the Play Rules and Regulations.

Gunners to be docked 3 points 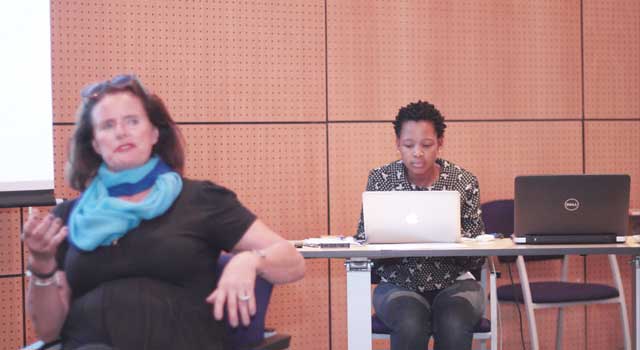