Following the recent Gaborone shootings, The Botswana Gazette conducted an independent investigation into the matter and uncovered shocking realities that the war on gun crime is far from being won. And for it to be won law enforcement agencies will have to champion the escalating underground drug trade that has infiltrated the country’s porous borders and made its way into Gaborone’s posh clubbing spots, car washes and school yards.

This illicit drug trade, this publication has discovered, is run by a special syndicate that includes slay men (drug dealers) as well as law enforcement officers who traffic and rent out guns to criminals who have also, in assemblage to the ‘white powder’ game, turned into gun slinging crews whose kingpins are said to be some of the popular city socialites.

Giving an account of how guns and drugs enter the country, former armed robbers that these reporters interviewed on condition of anonymity, some of whom were convicted for murder using these illegal guns, said bringing illegal guns into the country is very easy especially now that it is all part of a carefully crafted organized crime unit.

“There is a lot of guns especially pistols that have entered the country easily,” one of them said , adding that some of the pistols and drugs are brought in through cargo trucks. “Accessing illegal guns is not that difficult especially when you know the right people to ask from. There is a syndicate that deals with procurement of guns from neighbouring countries and because they have deals with some of law enforcement officers, they are able to bring guns through the border undetected,” the source revealed.

“Some of the trucks, like those that bring in import cars sometimes have pistols and drugs hidden in the tyres, roofs and in between the door covers of those imported cars, and it is often difficult to carry a physical search to find the goods,” he explained.

They explained that the border posts in Botswana are so porous that some pistols have also passed through the Immigration and Customs and Exercise office without detection. “The pistol is stripped and its parts kept at different places; for example, the magazine and bullets will be hidden at different places in the luggage bag, some other things hidden in the clothes worn by the person crossing the border or even in handbags. Have you ever had your hand bag searched at the border,” he asked rhetorically, adding that at times some parts of the guns get hidden in   food containers. “You may see someone in a queue with you at the immigration office eating his or her home cooked food while at the bottom of that very container would be some parts of the pistol,” he added on the many tactics in which pistols are smuggled into the country.

According to the former armed robbers, some of the illegal guns are sold by police officers to drug lords also known as slay men who then rent them out to criminals. “Retired drug dealers have discovered a way to make this into a lucrative business. Because they have connections with police officers and other important people, they are able to do this unnoticed. There is a whole syndicate that is dedicated to renting out illegal guns to criminals and the prices depend on the type of act you are going to commit with the weapon.” Because of this lucrative business, they further stated that different people from different areas can use that one gun to commit several illegal acts. It is said that this also makes it hard for the police to find these weapons because it could be used to kill someone one night in Gaborone and then get rented by someone else in a different district the following day, throwing the police off the suspect’s trail. They also revealed that women are the best people to use to traffic pistols in their handbags as they are hardly searched at the border.
Asked to comment on the reports, Senior Superintendent Dipheko Motube said they were not aware of any police personnel involved in alleged criminal syndicates. He however stated that illegal firearms (revolvers, pistols and assault rifles such as AK 47s )play a major role  in perpetuating violent and intrusive crimes in chain stores , shops, security companies conveying money, motor vehicle  owners  and residential amongst others.

Though Motube said there were no readily available statistics on gun related crimes, he  said there were  however   a few incidences involving legally registered firearms . This he said was due  to lack of prudence in the management of arms possessed by private owners and that  they sometimes proof as  primary tools  that exacerbate violent and intrusive crimes especially armed robberies and  passion killings. He noted that because between 1970 and 1990, Botswana’s neighbours were involved in armed liberation struggles, it caused firearms traffickers to infiltrate the borders back then.

“Despite this, small arms problem has remained under control. There are documented cases of licensed rifles and short guns being used in domestic violence but these incidents are rare,” Motube posited although not providing statistics to support this position. It is public perception that domestic violence at the peril of a barrel has escalated in the last five years.

Nonetheless, Motube mentioned that the illegal handguns circulating in wrong hands are possessed by criminals, “known to us, our friends, relatives, sons, daughters, visitors and our  parents. Let us blow the whistle on this.  We believe that their concealment can only be unraveled by those who live closest to them,” further noting that these criminals move around with impunity in possession of these illegal weapons having developed confidence that members of the community are not vigilant enough and cognizant to report the possession to law enforcement agencies.

The Overseas Security Advisory Council (OSAC) under the US Embassy, in its 2015 Crime and Safety Report on Botswana stated that there is a steady rate of incidents for both non-violent residential burglaries and violent home invasions.

That, criminals are generally armed and, increasingly, resort to force to subdue their victims or to elicit information regarding valuables. Home invasions have occurred during the daytime and nighttime and even during dinner parties. This indicates that the more brazen criminals may target a house when an occupant is at home or hosting a party, forcing occupants and house staff to provide details on high value items, safe combinations, and credit/debit account numbers. A similar incident occurred a few months ago where armed robbers cleaned everyone’s pockets at an uptown restaurant, News Café and sped off.
The report also highlights that, “Botswana has strict gun-control laws; however, criminal elements have been able to smuggle firearms from neighboring countries, where they are cheap and readily available.”

“Criminals have used firearms without provocation in order to attain their goals and if confronted, armed robbers often show no fear and have no regard for the safety of innocent bystanders. While a relatively new phenomenon, the presence of firearms has sparked a public awareness campaign,” read the report. 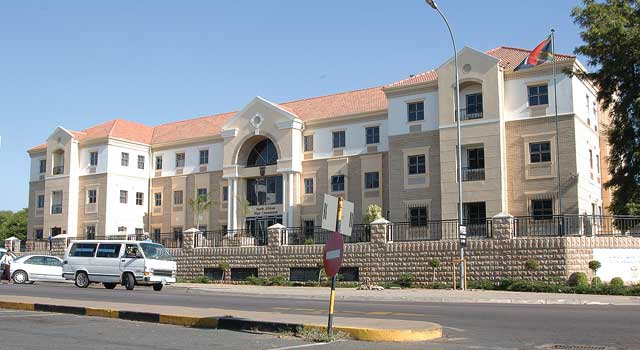