The Hampton’s jazz festival that was slated the 1st of March at Duma grounds was to be the biggest event of the year which Jazz enthusiasts looked forward to. The show however was canceled the Saturday morning of the event and moved to the 15th of March. The reason given for the postponement by the promoters is that heavy rain interfered with the logistics of the event.

“The Hamptons Festival was postponed this morning due to heavy rainfall causing problems for logistics and the ground being very soggy making it less appealing to sit on the grounds or walk on them. We have now had a meeting with Hugh Masekela and Tshepo Tshola and a new confirmation for our HAMPTONS JAZZ FESTIVAL is now on the 15th March 2014. Only two weeks away. Whilst this is very good news, we can only apologise for this inconvenience, but rest assured the event will be a huge Botswana success as quoted by Masekela. We have now informed our radio stations and papers too. Original tickets are still valid for the 15th of March Summer Festival. MORE UPDATES TO FOLLOW!!!! Thank you” the Hamptons Facebook post read.

However one of the headlining acts FreshlyGround posted on their page a day before the show (28th February) that they would not be attending the show because the Hamptons promoters were in breach of contract. Their post read. “Due to circumstances out of our control, sadly FreshlyGround will not be performing at Duma Show-grounds in Gaborone, Botswana tomorrow night 1st of March 2014. Our management has informed us that the promoters Hamptons Productions are in breach of contract; have failed to supply air tickets and have not met their financial obligations. We go to sleep heavy hearted and saddened that we are not able to perform to a loyal audience that has supported and embraced FreshlyGround for many years.”

Debbie Smith, one of the Hampton’s promoters confirmed to Time Out that they did have some challenges, “We did have a problem confirming FreshlyGround’s flight on time. It was more of a technical issue. It’s not that we did not pay them because we did pay them a deposit as their contract stated and we spoke with their manager to try to confirm them again for the next show on the 15th, if they can’t make it we’ll get a replacement either a local or international artist. We are trying to be as professional as possible, we would not have confirmed them for the show if we didn’t have a contract with them.”

The postponement of the show has raised the question of refunds because some people may not be available for the 15th and if other artists were indeed paid for the set date, “We are willing to refund those who can’t make it for the set date and those who were interested in seeing FreshlyGround. We have already made a number of refunds already and those who are attending the March the 15th show can use their tickets then. The truth of the matter is we have made full payments to all the artists and postponement was due to the rain. We have even received positive feedback from some people as it shows that we were not only looking to make money from the show but wanted people to enjoy in a favorable weather.”
Contacted for confirmation of artists payment Shanti Lo and Nnunu Ramogotsi’s manager Soares Katumbela confirmed that artists were indeed paid in full by Hampton’s promoters. 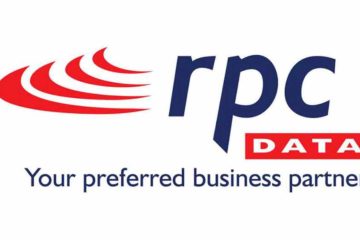