BPC wishes to state from the onset that it is ironic and sad that whereas some of the newspapers printed in full the Ministerial Statement delivered in Parliament on 16 August 2013, the Botswana Gazette found the contents of the statement not even worth referring to, let alone publishing. Rather, the paper found it appropriate to resort to the statements of faceless and unaccountable sources.

BPC has no problem with press/media articles on its operations, whether positive or negative, provided they are based on facts by the said article.

BPC would like to state the following facts, which are based on Ministerial Statements to Parliament on 27th February 2013 and 16th August 2013.

Does the country have a power plant?  The answer is YES.  Major components are either manufactured under license or to designs of reputable power plant suppliers.  Independent due diligence reviews has been done by both the World Bank and the Government on the power plant and the conclusions are the same; we have a power plant.

Did His Excellency the President, the Hon Minister and BPC mislead on load shedding?  BPC is saddened by this assertion as it is based on what is obviously malicious rumour and hearsay.  The fact of the matter is that from 28th July 2013 to 15th August 2013 there were three Units running at Morupule B which, with other sources of power supply, resulted in no load shedding. The loss of the third unit on 15th August has, due to support from our partners, not led to any load shedding as at the time of this statement.

Is load shedding continuing under the guise of maintenance – allegation? The answer is No, this allegation is completely FALSE.   BPC assures the Nation that any service disruptions since 28th July 2013 have either been as a result of network faults or part of a planned outage programme. The latter is required for either maintenance or network expansion activities.

The public is very much aware that load shedding, if necessary, occurs during morning and (mostly) evening peak period hours. To suggest that service interruptions that are advertised and occur during non-peak periods are disguised load shedding is to undermine the public’s awareness and therefore irresponsible

“It’s a ploy to fool Batswana”.  This is a malicious and unfortunate statement whose intention can only be to create a credibility gap between the public and BPC.  BPC assures the Nation that the provision of a reliable, affordable and good quality electricity service to the public is a heavy and solemn responsibility, which BPC takes very seriously.

BPC thanks papers and other media houses which continue to encourage us during the challenging times.  Le kamoso 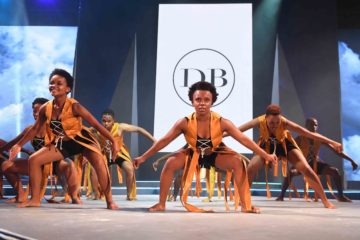