Ofentse Nato recorded a historic feat during his spell in the Indian Super League playing for Atletico de Kolkata. The former Bidvest Wits midfielder became the first Motswana player to win a major tournament outside Africa.

Nato, the first Motswana to ply his trade in India, helped his club win the first edition of the Indian Super League. The midfielder was the cornerstone of Atletico’s successful campaign as he appeared in 16 out of 17 games. He would have joined an elite few who made a 100 percent appearance record had he not been suspended for one regular season game. He was undoubtedly among the club’s first choice players. Nato’s midfield partnership with Borja Fernandez produced the highest combination of successful tackles for a midfield pair, as they recoded a combined tally of 102 tackles to underline their place as the league’s best midfield duo.

Nato was a useful link between the midfield and defense as he helped numb the attacking prowess of opposing teams. As a result of the protection offered by Nato, Atletico de Kolkata sailed through the knockout stage without conceding a goal.  The former Gaborone United player held his own in a competition that featured world famous players such as Robert Pires, Nicolas Anelka, Alessandro Del Piero, David James, Mikael Silvestre and David Trezeguet.

He outshone his more illustrious opponents by winning the coveted prize, an ISL league winner’s medal.  While the player was widely criticized for choosing to play for Atletico instead of representing Botswana during last year’s AFCON 2015 Qualifiers, he will be vindicated by winning the ISL championship. 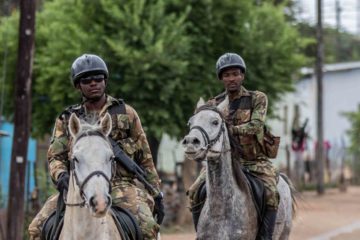