An emphatic 80-0 win against Mochudi Rugby Club has galvanized Botswana Rugby Union A-Division League champions Gaborone Hogs. The defending champions have returned to their winning ways after thumping their opponents, MRC, this past weekend.

Last weekend the champions lost their first game of the season against title rivals BDF Cheetahs but Saturday’s victory kick started the defence of their title. The win has catapulted them to a place among the league’s top three teams on the log standings. Early pace setters BDF Cheetahs are still at the summit with nine points from the first two games.

The army side’s form suggests that they will be embroiled in a competitive title fight against Hogs and newly promoted Botho University Ryders. Ryders have settled quickly into the premier league; they recorded a 37-0 victory over MRC in their first game in the top flight.

This past weekend they followed up their debut victory by defeating Francistown Tuskers 17-5. They have now recorded back to back wins to showcase their title credentials despite being newcomers. Ryders have shown that they are unfazed by playing in the top division; they were promoted to the premier league after winning the B-Division title last year.

In other weekend results UB Rhinos defeated EMG Gunners 27-0. After this weekend’s round of results MRC, EMG Gunners and Tuskers are the only clubs that have not yet registered a victory in the league. 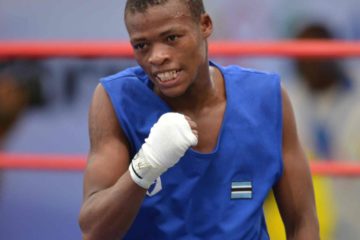