The universal phrase in sports reads, “attack wins you matches but defence wins you titles.” Every sporting triumph is based on defensive discipline, in the boxing world no athlete personifies defensive prowess the way Floyd Mayweather has done in his 20 year reign as the sport’s undisputed fighter.

Prior to this past weekend’s mega fight against Philippines superstar Manny ‘Pacman’ Pacquiao, Mayweather boasted a record of 47 unbeaten bouts. The American boxer won the much publicized fight via the points system, with scores of 118-116, 116-112 and 116-112 from three judges. He now has a record of 48 consecutive wins in his career.

Widespread criticism aimed at Mayweather’s defensive approach suggested that he was reluctant to compete at a level the fans wanted. His win was not a popular result from many disgruntled Pacman admirers, who expected a ‘street brawl’ type of contest.

Fans around the world thought Pacquiao dominated the match due to his intensive punching technique, however, only a few of his punches counted while his opponent strategically connected with numerous jabs that propelled him to a lead in the judges’ scoreboards.

Statistics from Compubox, an official boxing performance index, state that Mayweather threw more punches than his rival. According, to the statistical records, Floyd landed 148 of 435 punches he attempted while the Philippines star landed only 81 of 429 attempted punches.

The undefeated boxer had a slight height advantage over Pacman and that enabled him to release well timed jabs while keeping his opponent at arm’s length.

What Mayweather did right
The left handed jabs: Mayweather is a naturally right handed boxer but he strategically threw left handed jabs to prevent Pacquiao from using his right handed slight jabs. Pacman, a left handed boxer, usually used right handed jabs to blind his opponents before delivering a left handed power punch but he was denied his usual routine. As a result he relied on attempting power punches with his left hand and that left spaces for Floyd to retaliate with left jabs and increase his points. The latter’s countless jabs earned him an advantage.
Strong starts and a defensive stance: He started every round strongly and focused on scoring points while he was fresh from every recess. He also resorted to rope hugging tactics to limit Pacquiao’s dynamic approach and that restricted the Philippine to boxing from a standing position and exhausting his energy when Floyd recovered from Manny’s attacks.
Halts: Floyd often halted the match by embracing his opponent in order to prevent him from gaining momentum and standing a chance of knocking him out. The numerous halts helped Mayweather to regain energy and frustrate Paquiao. A continued spell of punches for Manny would have increased his chances of winning but his opponent had a game plan of stopping him while he started gaining an edge over him.

What Pacquiao did wrong
Not adapting to Floyd’s style: Boxing experts often say that any chance of beating Floyd depends on an opponent’s ability to adapt to the undefeated boxer’s style. Arguably, Pacquaio could have stood a better chance against his opponent if he had resorted to emulating his defensive style. A defensive tactic would have prompted Floyd to be offensive and outside his comfort zone thus providing his opponent a loop hole as the American would be in ‘unknown territory.’
Low jab count: Pacquiao was seemingly after a knockout victory instead of gaining more points on the scoreboards. Observers such as former world heavyweight champion Mike Tyson stated that his low jab count cost him an opportunity to win the match. “When Manny is not jabbing that’s when he is losing the fight. Floyd is punching hard with the one punch, Manny has to keep jabbing,” Tyson wrote on his Twitter page as the fight was ongoing.
No tactical approach: He won at least four rounds but failed to capitalize on Floyd’s momentary concentration lapses. The Asian boxer appeared to be one dimensional in his approach, he lacked the versatility to switch his style to keep up with Floyd’s evasive nature. As a result, he was stifled by the American’s ability to display different approaches throughout the match. 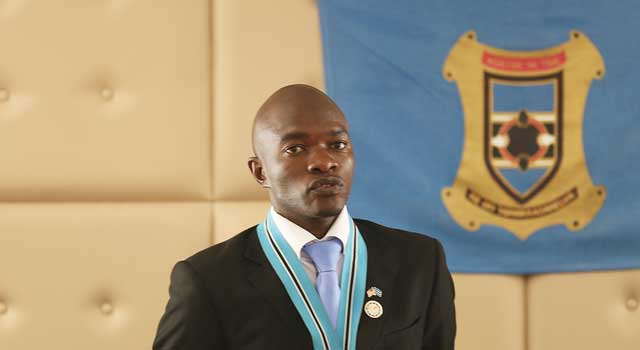