Described by Peter Butler as a ‘European’ type of defender, BDF XI’s Otlantshekela Mooketsi’s profile has catapulted to nationwide recognition after earning a call up to the national team’s training camp. The Matebele left back has impressed the newly appointed Zebras coach after the Englishman watched him in recent weeks.

Butler’s first glimpse of Mooketsi’s potential was in BDF XI’s Mascom Top 8 second leg match against Nico United at the Selibe Phikwe Stadium. The semi final encounter was the first local fixture Butler attended days before being unveiled as the national team coach. Observers stated that he was instantly enticed by the left back during the match.

He made a second trip to observe the player during his side’s 3-0 victory over Notwane at the Molepolole Sports Complex a fortnight ago. Mooketsi’s displays impressed Butler as he played a key part in helping his side keep a clean sheet and made numerous attacks towards the opposing team’s flank.

In an interview with Gazette Sport last week Butler explained why he included Mooketsi in his squad for the game against South Sudan. “He struck me as a European type of left back. His crossing ability is wonderful and that makes him a solid left back. I was surprised that he has never been picked for the national team, he is a very good player,” said the Zebras coach.

The uncapped left back is expected to make his debut against South Sudan tomorrow (Wednesday) at the National Stadium. Mooketsi has helped his side become a force to be reckoned with in terms of their attacking statistics, BDF XI have accumulated 32 goals in the league so far with Mooketsi scoring  two goals. The 27 year old defender has reportedly attracted interest from title rivals Township Rollers, alerting the attention of Rollers is seen as an indication of his progress as a player.

Numerous pundits have stated that the player is one of the most underrated players in the league; however, his inclusion in the national team suggests that his days of being underrated could be over. 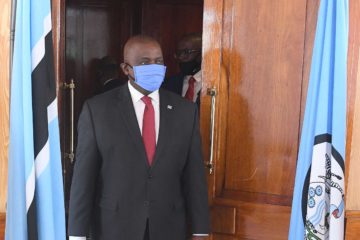