In 1994, South Africans crowded to the polling booths and celebrated the power of the ballot during their ascension from the hard subjugation of apartheid. This year marks 20 years since South Africans had their first democratic elections held. They will be making their way again to the polling booths this May and although the ANC remains dominant, its willingness to accept defeat at the polls has not yet been tested.

Former President, the late Nelson Mandela’s humble decision to step down after one term ensured that there would be no repeat of Robert Mugabe’s Zimbabwe and since then the party and the country have been led by two successive presidents. Fast forward to 2104 and Zuma’s controversial presidency, the formation of new political parties, Mandela’s death, land, poverty, unemployment, service delivery, the vote of the middle class and the “born frees”  are some of the issues that will determine how the ANC will fare at this year’s elections.
It is no secret that South Africa without Mandela will never be the same again. Several political scholars and analysts have revealed that, indeed the ‘Mandela factor’ is a critical factor that might influence the turn of events.

Professor Mpho Molomo, a lecturer in the Political Science Department and Director of the Center for Strategic Studies at the University of Botswana said,  “Let me first point out that I am speculating because only opinion polls can be able to give clear calculated answers from the people. This will be the first elections without Mandela and one can draw two conclusions from this scenario. First is that of a sympathy vote. The ANC cashed in on his funeral  so that is bound to sway some people to vote for the ANC. On the one hand, because of Mandela’s absence some people will be willing to make bold moves that will hurt the ANC.”

He goes on to point out that, personalities like Mandela gave a particular outcome and that is why it will always be difficult in any country, to take away the euphoria of liberation especially in places like Zimbabwe, Botswana and South Africa. “The ANC is riding on this euphoria from a brutal apartheid regime. What is also interesting to note is that people born post 1994 will be voting for the first time this year and some of them were traumatized by his death so his legacy and his relation to the ANC is still fresh in their minds and that history will stay with them,” he said.

Besides the Mandela factor, the ANC administered government is still faced with major threats. Racial comments have been hurled by the ANC including Zuma’s infamous “Kill the Boer” song and fomer ANC Youth League President Julius Malema’s frequent outbursts , with the Democratic Alliance (DA) once quoted as saying the comments by the ANC regressed efforts made by the reconciliation project. Two political parties, the DA and the Economic Freedom Fighters (EFF) have used the race issue as a rallying cry ahead of the elections. Expelled ANC youth league president and founder of the EEF, Julius Malema once accused white South Africans of stealing land from black citizens and as a consequence pushing up crime levels by refusing to share the country’s wealth with the poor black minority.

On the other hand, when Helen Zille introduced Agang founder and leader, Dr Mamphela Ramphele a few weeks ago as the DA’s presidential candidate, she was quoted as saying that it will help remove the opportunist’s use of the race card by other political parties against the DA but Ramphele declined the offer to stand as the presidential candidate of the party and thus efforts of opposition unity failed.

The crux of the ANC challenge  is that it is under pressure because it is not delivering jobs to young South Africans.  The party is also riddled with factions and pressed, though not yet too strongly, by new movements and parties. One of those new movements, Malema’s EFF, may prove to be a vocal, dangerous and potentially damaging flash in the pan, and at the moment it scares some in the ANC who fear it could attract young voters who did not take part in the struggle or experience apartheid.

They fear that unemployed or disadvantaged young South Africans will warm up to the extravagant promises and violent criticisms made by Malema whom is seen as a radical  proponent for  a better life for unemployed and marginalized young.
Professor Molomo attests that indeed racial divide in South Africa still exists. “It will take time to correct such things but one thing people should appreciate is that the ANC has taken a position to consolidate a lot of policies to aspire confidence amongst the whites.   They have been cautiously working at not rocking the boat,” he said. “Issues like lack of critical provisions such as water and electricity especially in rural areas, the Marikana massacre are real issues that will be in the minds of people when they go to the ballot box,” he highlighted.

Prof. Molomo also mentioned that, it is important to recognize that, just as the opposition is polarized, so is the ANC and that the opposition’s recent failure to come together as a united front has had negative side effects. “Political trust is very important and once a party looses that,  especially the opposition, the people’s vote might sway a different way. Right now President Zuma doesn’t seem to be most of the party members’ favorite because of the corruption cases amongst others, and now Thabo Mbeki (former President) is back in the good books,” he said. He cited the incident in which Zuma was booed at the memorial service of Mandela whilst Mbeki was given praises. “That in itself was introspection that they might have thrown away a leader,” said Molomo.

Another factor that will determine how the ANC will fare is that of the ‘born free’ generation. This generation is impatient with old ideologies, unbridled by any agenda that is not theirs, with an unwillingness to accept that their generation is anything but special. On whether their vote will change the political landscape of South Africa, Molomo said it was difficult to say.
However, he said “from the funeral, young people were traumatized by Mandela as a legend; the respect he carried and his tenacity though they did not experience his liberation. The history and legacy that Mandela made will stay forever in South Africa.”

Meanwhile, Molomo said the extensive support of Malema by the youth points to a direction of disenchantment of the less privileged that the party that liberated and promised them many things failed to deliver on their promises. “Malema talks of nationalization and fair distribution of resources which they are concerned about, but again the question is, how committed are these young people in instilling change?”

In his paper titled Realignments in South African politics, researcher and analyst Professor Raymond Suttner noted that many South Africans were longing for “something new and refreshing in the South African political landscape as a counter to the decadence and violence of the Zuma-led African National Congress government.”

“If there is a ‘game changer’ in the current situation, it is the potential breakaway of the National Union of Metalworkers of South Africa (NUMSA) from the Congress of South African Trade Unions (Cosatu) and its decision to withdraw electoral support from the ANC. The views of NUMSA may well be shared by minorities in a range of other unions, adding up to a significant section of Cosatu’s membership. This withdrawal means much more than voting numbers because many of these people have in the past been core members of the ANC electoral organization, which will now be depleted,” he highlighted. 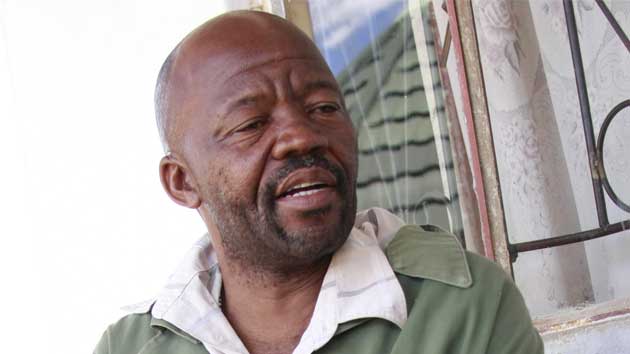