I am no magician – Mokaila

Homes and businesses are dark. Businesses have been paralyzed. There is no electricity. Taps have run dry. Not for a few hours, but for days. This is the life that Batswana are beginning to accept as normal. The Minister of Minerals, Energy and Water Resources (MMEWR), Kitso Mokaila says the situation will only improve in May 2016.

“By May next year, there will be three units running at the Morupule B Power Station,” Mokaila told Parliament on Friday.
He said the power situation, which has been tenuous since the end of July was due to the loss of one of the three units  that have been operational   at the power station. It was compounded by supply challenges from the region.

Mokaila’s promise was, however, crashed by some  Members of Parliament (MPs),  especially those from the opposition bench, who said the Minister took Batswana  and the crisis for granted.

“How do we trust you? You have been very good with your storytelling and Batswana do not want stories, they want power and water, ” charged MP for Gaborone North,  Haskins  Nkaigwa.  “Why is your government refusing for parliament to  investigate  for itself  the current challenges that are bedeviling  your ministry?” he asked, adding that  the ministry had many challenges which it denied.

“I am not in denial of  the problems we are faced with. I have been very transparent and said to Batswana that  there is a  problem.  However,  the problem cannot be solved overnight.  The issue of infrastructure development takes  time – construction  of pipes takes time. I am no magician, it is not going to happen overnight. That is the harsh truth,”  said Mokaila.

Meanwhile, MP for Mogoditshane, Sedirwa Kgoroba asked if  proper procedures were  followed in awarding the  controversial Morupule B tender, and whether,  for the sake of transparency,  it was  possible that the minutes  of the procurement awarding process  be made public.  In his response, the minister said  minutes related to the tendering process were not for public consumption to protect commercial and other interests of those participating in the process.
“Don’t you believe it is Batswana who need to be protected  and that you be transparent to  them as they are the ones now faced with a crisis? ” Francistown South MP Wynter Mmolotsi chipped in.

“Batswana  ought to be protected just like contractual agreements are to be,” reluctant to be drawn into the issue any further, Mmolotsi said during a side interview.

On the issue of water, Water Utilities Corporation recently issued a statement on the water supply challenges that the low  supply is further affected by the constant power cuts.

Opposition MPs had at the beginning of the just ended parliament sitting tried in vain for an urgent motion on the power crisis, and for parliament to make an investigation but were outnumbered by ruling party MPs who voted against the investigation. The need for an urgent motion on the crisis  also  saw history made at parliament when  MP for Gaborone Central, Dr Phenyo Butale was thrown out of parliament chambers  for refusing to back down on the need for the urgent  motion.

Govt competes with us for business - Security sector

I am no magician – Mokaila

BAA To Return To Competitions Next Year 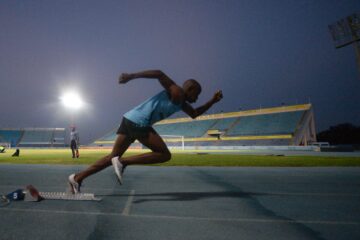