The commander of the Botswana Defence Force Gaotlhaetse Galebotswe is reportedly considering retirement over the missing Military Intelligence (MI) equipment.
Two months ago, Brigadier General Peter Magosi and former spy, Sergeant Dzikamani Mothobi were to face a disciplinary hearing over the ‘missing’ equipment before high court Judge Key Dingake he interdicted the hearing.

The Judge postponed the proceedings on the basis that the two applicants had not been given a chance to proper legal representation after they argued that the there was a plot to prejudice their case.

A close source revealed to this publication that there is a strong likelihood that the case will not proceed as there has been a lot of pressure on the commander. It is said that he has on numerous occasions consulted his seniors and associates about his resignation. “The commander wants to resign because the case is now going out of control. Initially he and his associates had though that it would not go that far, but now he realises that things might go either way,” the source said.

It has been alleged that the missing equipment is part of a petty personal vendetta meant to force Magosi into retirement. Magosi and Galebotswe are reportedly embroiled in a power struggle with Galebotswe having instructed the Directorate of Intelligence and Security (DIS) to investigate Magosi, over his double storey mansion in Tlokweng, a borehole in Kweneng district and a tractor soon after becoming commander.

The highly sensitive spy case is said to be the tip of the ice berg as  BDF MI and DISS are allegedly in a state of conflict war with Isaac Kgosi fingered as the man trying to force Magosi out of the army-according to the source.

Efforts to get comment from BDF Director of Protocol and Public Affairs Colonel Tebo Dikole were futile as his mobile phone rang unanswered. 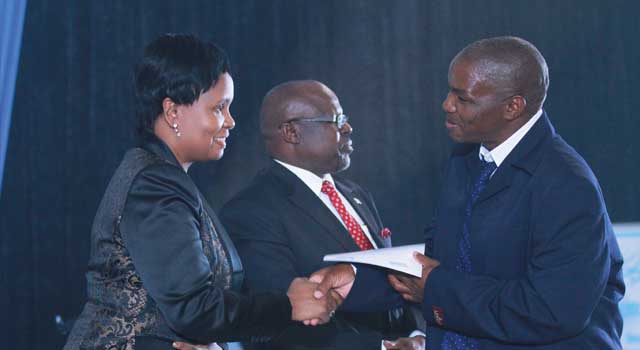