Chairman of the Botswana Premier League and Notwane Football Club Arnold Somolekae has rubbished talks of his alleged resignation on his part following Sunday’s board meeting.

The news of Somolekae’s resignation went rife on social media after Sunday’s gathering, in which the board withdrew the decision of docking 29 points from Maun based outfit Sankoyo Bush Bucks’s 41 points for using the services of Zimbabwean striker Morris Ruzivo. Ruzivo was recently declared a defaulter by the Nations Appeals Board (NAB).

The decision then meant Notwane and FC Satmos would skirmish against each other to maintain their statues in the elite league today (Tuesday) in Orapa, but the decision was later overturned after a brief meeting at the Premier League offices yesterday morning.

Somolekae confirmed his presence as the board’s chairman, citing that he has never took the decision of leaving the position he was endorsed to only four months ago.

“Our pray was just simple because now that the board had said they had reached a conclusion on the matter, I therefore asked to do the honest thing, which was to be given a leeway as the chairman of the Premier League since my team Notwane was now fighting with the league,” said the BPL Chairman
“With my team fighting against the league, my support would have wrongly implied that I wanted to cause complications for the league,for example fighting to stop the BPL awards. The problem was that I could not do this as the chairman of the board, therefore I requested a leeway,” Somolekae added.
Somolekae, who had vowed to stand by his club’s side in the case, explained that despite laying his request before the board, his plea was simply brushed aside as none of the board members came to endorse his decision.

“They told me that they had reached a conclusion and the meeting was dispersed and no one ever accepted my words or even to say to me that I should put it into writing and submit it to the board. The process that happens when one resigns is that they do not just verbally resign without stating any reasons and walk away. Even if they are to do it verbally people have to endorse their decision and hand it in writing,” he noted

The Notwane chairman also gave more clarity on the decision took by the Premier League board of sticking to the conclusion from last week, which would see Ngurungu (Sankoyo Bush Buck as known to its die hearts) being part of next season’s First Division North.

“We as the league executive met this morning and we looked at the decision that was taken by the Premier League board which was unconstitutional. We sent the matter to the Chief Prosecutor because maybe we as the board did not take the best of decisions,” added the outspoken Somolekae.

“The FIFA play regulations state it clear in black and white that a team cannot benefit from the services of an unregistered player be it points or any other awards and therefore Morris Ruzivo was an unregistered player. This decision we took was also done with the help of the advisor of the Premier League. We also have two more matters before the DC, Notwane versus Sankoyo and Letlapeng versus Sankoyo,” he stated.

The head of the board ended by divulging that the decision that was taken on Sunday was nothing but an act which some wanted to use to  get rid of his side from the Premier League. Meanwhile, the beMobile Premier League awards which were scheduled for this weekend are likely to be postponed, this as a result of the cases which are still before the  league board. 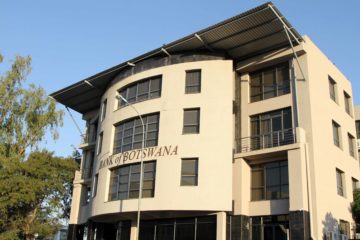