Tati East Botswana Democratic Party (BDP) Member of Parliament (MP), Samson Guma Moyo, has revealed to this publication that his mind is made on quitting politics very soon.
Moyo met with his constituency elders this past weekend in a closed meeting to consult them   about his intention to cease from being their political representative.
“I have not decided on a date yet but I have taken a decision to retire from partisan politics. The date will be announced and this will be before the end of my term as MP. I think I have done my part, I don’t want to find myself pointing fingers at people – two terms is fine,” Moyo said.
According to Moyo, his intention to quit was met by mixed emotions of anger, hurt and resistance from his constituents.  “When I do take the decision to leave, I will not take part in any partisan politics. I am engaged in other institutions,” he explained, however stating that he is not going into business, as there is not much of a difference between politics and business.
“My life continues but I want a private life,” he said, before stating that he was fed up by the power struggles and fights that go on in the political sphere.
“I do not want to partake in the confusion and the destruction of the values of this country. If these politicians want to destroy this country, let them do so without some of us. There are more important things to be concerned about than to be fighting for positions.” he said.
Moyo’s decision comes a week after the Directorate of   Public Prosecutions (DPP) applied to freeze the accounts of one of companies, IRB Transport, which he owns jointly with  the Minister of Youth, Sports and Culture, Thapelo Olopeng.  The application was filed last week at the Village Magistrate Court and the matter is set to commence on July 28. It is however unclear whether Moyo’s decision to step aside has anything to do with pending investigations.
Information reaching this publication points to a long term business relationship between Moyo and Olopeng, with shared directorships in numerous companies which range in service offering from transportation, advertising and hospitality. Sources close to Moyo allege that they severed their business ties following Olopeng’s ascension to cabinet, with claims that Guma coughed up millions to rescind Olopeng’s directorships in their companies.
His allies also allege that he paid Olopeng close to P17 million to assume sole directorship of the plush Executive Closets Hotel & Conference Centre in Gaborone, Phase Four. Claims are that he now owns the hotel with a well-known elder of Mochudi Centre Chiefs.
The Hotel has become a popular rest place in Gaborone and the BDP central committee meetings chaired by President Ian Khama are often held at the two-storey building.
Is Moyo a quitter?
In 2008, while still Assistant Minister of Finance and Development Planning, Moyo quit his position as well as resign from the BDP following corruption allegations that were leveled against some of his business transactions. It is understood that the DPP had informed President Khama of their plans to charge Moyo with corruption, leading to the President then advising him step down.
Moyo had again cited untidy internal power struggles within the BDP. Both his resignations were later withdrawn.
In 2011, after being at the forefront of the Botswana Movement for Democracy (BMD), Moyo resigned to become an independent Member of Parliament for his constituency.  He had said he was disillusioned with politics and that he was going to concentrate on emerging business opportunities.
Hardly five months after being elected BDP chairperson at a highly electric congress in Maun in 2013, he resigned under a cloud of controversy. Reports were that he stepped down after the Directorate of Intelligence and Security Service (DISS) started to investigate him following a media smear campaign that the Zimbabwe African  National Union Patriotic Front (ZANU-PF) had sponsored some members of the BDP during the Maun Congress to scuttle President Khama’s succession plans.    Other allegations at the time were that he resigned after being given an ultimatum by the President or face expulsion following concerns about irregularities in the party.
Moyo is being honourable- Analyst
University of Botswana Political and Administrative Studies lecturer, Dr Kaelo Molefhe said if Moyo’s resignation is linked to the current DPP investigations, then he is doing the horourable thing by stepping aside to give way for investigations. “People should be appreciative of his decision, that is if he is stepping down from his  position of power to give way for the investigation process to take place.  He is protecting the dignity of both his office and that of his party,” Molefhe explained, adding that it is the best practice globally for one to step down if they are being investigated. 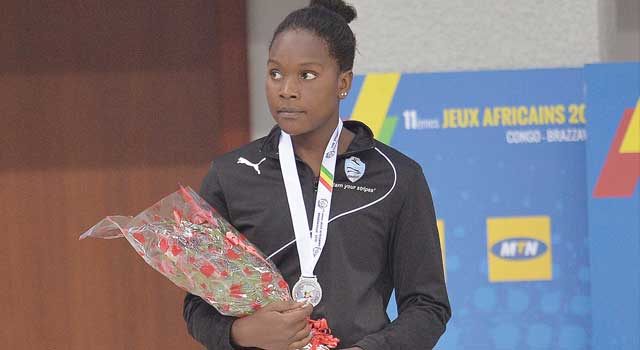