Clara Olsen
Mma Olsen succumbed to cancer on 30th January in Johannesburg at age 74. She was born in Tlokweng and grew up in Orlando East, Soweto. After a short stint as a nurse at Baragwaneth Hospital. She worked as a journalist for various South African publications before moving back to Botswana in 1968, where she joined Daily News and Kutlwano. Mma Olsen was revered for her advocacy for media freedom and women’s rights. She is also credited with nurturing the journalism careers of many leading journalists. She was instrumental in the formation of Emang Basadi and later became the first indigenous Motswana to own and successfully run an independent newspaper,  The Botswana Gazette. She co-founded the Press Council of Botswana and MISA and sponsored legal and research work after the Media Practitioners Act was passed.

Gomolemo Motswaledi
The Botswana Movement for Democracy (BMD) President and Umbrella for Democratic Change Secretary General died on the 30th July in the outskirts of Pitsane village in a car accident. His death led to many conspiracy theories. Motswaledi’s passing which was mourned across the political divide caused tensions between political parties and it is believed by political analysts to have been a catalytic in UDC’s good performance at the General Elections.

Julian Nganunu
Former Chief Justice Julian Mukwesu Nganunu passed away on the third of August at the age of 72. Nganunu was appointed judge of the High Court in January 1992 and was later elevated to the position of Chief Justice, from which he retired on February 1 2010. Nganunu previously served as permanent secretary in the then Ministry of Minerals and Water Affairs and as Acting Attorney General.
As Chief Justice, Nganunu initiated a comprehensive expansion and strengthening of judicial services in Botswana, intended to parallel the country’s rapid economic and social development and finally increased the pace of localization with regard to the judiciary. In recognition of his outstanding service to the nation, as an attorney, former civil servant and member of the bench, Nganunu was awarded the Presidential Order of Honor on September 30 2002.

Brooks Monnaanoka
Radio veteran Brooks Monnaanoka departed on the 18th of July after suffering a severe stroke.
Brooks was Radio Botswana (RB1) presenter having joined the government broadcaster in the 90s and was popular courtesy of his flagship and legendary Rock and Roll music programme the jukebox which Saturday at noon.
The talented 46 year old who worked for the state broadcaster for 22 years was cited by many of today’s broadcasters as their mentor. Monnaanoka’s support for local music saw artists organise a show in his name in Mahalapye and proceeds were given to his family.

Laona Segaetsho
Media personality and US embassy information specialist, Laona Segaetsho died on November 2, in a canoe accident in Lake Ngami where other two occupants of the boat also lost their lives.
At the funeral, the 41-year-old former prominent broadcast journalist was described as loving, diligent, passionate, respectful and smart man who showed every person around him love. His first job was with Radio Botswana where he presented Masa a Sele morning show programme among other before leaving state broadcaster.

Sakarea Makgapha
A brave up and coming journalist Sakarea Makgapha of The Telegraph and Sunday Standard newspapers passed on aged just 27 years in a car accident late Sunday  30th March while travelling from his home village Ramokgonami.
Makgapha began his career at The Botswana Gazette following his completion of his Associate Degree in Journalism at Limkokwing University in 2010. He joined another The Patriot on Sunday in 2012 before joining The Sunday Standard and Telegraph publications mid 2013.

Anastacia Maruapula
Former RB II presenter Anastacia “Stazo” Maruapula who made inroads on the airwaves with the popular African beat programme, Global Spin, which is aired on Sunday afternoons.
Even though she had long been out of the airwaves, her passing was met with great sorrow as they had always wanted for her to come back to do the show. 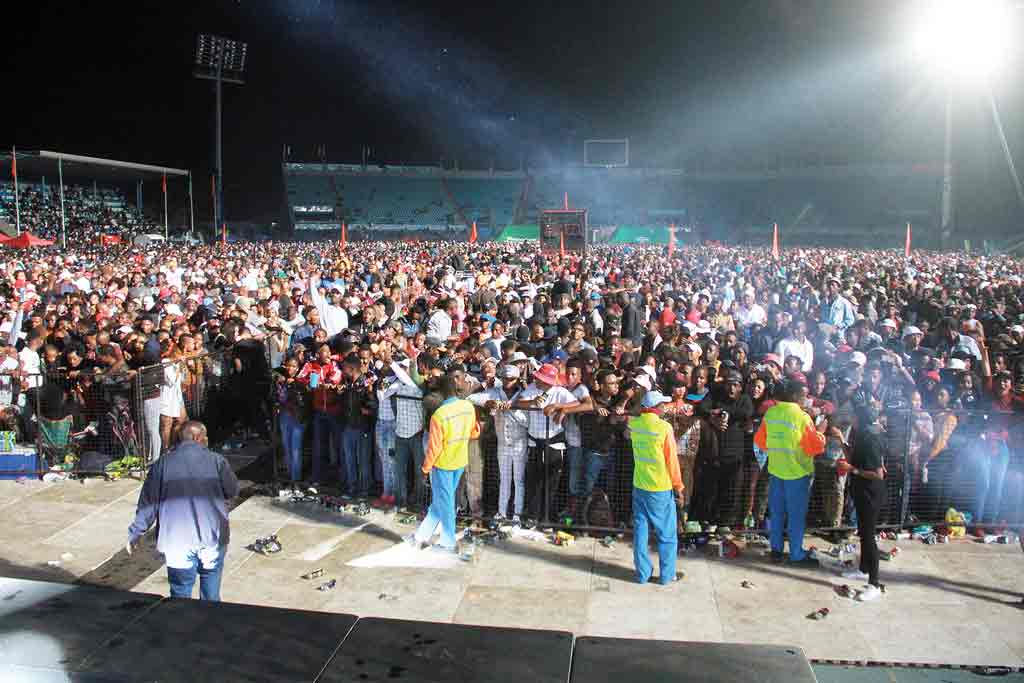