Details have begun to surface on what President Ian Khama’s stimulus package entails. Since the package was announced at a Botswana Democratic Party Special Congress, the government enclave has been busy putting together details for the programme. A committee of officials from all requisite sectors, chaired by the Vice President, Mokgweetsi Masisi has been meeting at the Office of the President (OP) to put meat to the skeleton. A comprehensive plan will be available this week.

This publication caught up with Moatlhodi Sebabole, an economic analyst, and asked what detail we should expect from the programme document being worked on, which lacked in the President’s announcement. “All quantifications including targets: as in how many jobs government will create; package roll out, how long the stimulus programme will run for, they also have to be clear on asset purchases from the private sector,” said Sebabole.

Gazette Business asked Sebabole if dipping from the foreign reserves was the only option available to government. “There are many funding options available to government. Given our low debt to GDP ratio, we still have room to borrow. At 17 percent against the maximum debt threshold we have set ourselves of 40 percent, we can still borrow, either domestically or externally. Our friends in the SADC region have their maximum debt to GDP ratio threshold of 60 percent,” responded Sebabole. He suggested that given the low interest environment, government could issue bonds to finance the stimulus package. “They could re-issue one of the bonds, worth P1.6 billion, that’s maturing soon,” quipped Sebabole.

On the question of how much of the P88 billion held as foreign exchange reserves government can actually take, Sebabole estimated the amount at P43 million that is held as investments. “The rest of the funds are held as prudential limits, to safeguard whatever borrowings government has done from such financiers as the African Development Bank, IMF, and the World Bank. So, those funds cannot be withdrawn,” he explained.

Quizzed on the minimum allowable duration worth of imports countries are allowed to keep, Sebabole said three months was the minimum, but six months was the comfortable minimum. “Botswana is currently at 18 months, and that’s very comfortable. But Botswana imports most of what it consumes, so maybe that’s why it keeps so much in exchange reserves,” he said.

This publication asked Sebabole if the stimulus package, especially the sectors it will concentrate on; tourism, agriculture, and construction, could sustain economic development for the long term. “For the stimulus program to churn sustainable growth, it should be government facilitated, private sector led, export orientated, and it should create jobs,” he said.

This reporter visited the Ministry of Finance and Development Planning (MFDP) to get to the bottom of the stimulus package, and he was welcomed by the Permanent Secretary, Solomon Sekwakwa, and Secretary for Economic and Financial Policy, Dr. Taufila Nyamadzabo.
Sekwakwa explained that a committee comprising of stakeholders including those of sectors the stimulus programme is targeting has been meeting at the OP, and is chaired by the Vice President, Masisi.
“The stimulus programme will roll out over three years. There are a number of projects and programmes being proposed for the tourism, construction, and agricultural sectors. These projects, unlike the current ones we have under the National Development Plan which are concentrated only in certain areas of the country, will have a national scope so as to stimulate a wide array of economic activity,” he said.

Further, Sekwakwa explained that the first year of the economic stimulus programme will be funded through unspent funds from the current fiscal year development budget. “In the subsequent two years, because of the projects that have been added, we expect deficits. The deficits will be funded through options which give the most value to government. It could be treasury bills, bonds, and external borrowing,” Sekwakwa explained. “And raising taxes,” chipped in Dr. Nyamadzabo.

“Organs like the PPADB [Public Procurement and Asset Disposal Board] and DBES [Department of Buildings and Engineering Services] have been tasked to identify and rectify weak points in their processes. PPADB, for example, should look at ways to speed up tendering, and DBES, how to strengthen their project management capabilities. They will report to the committee this afternoon [Friday],” responded Sekwakwa.

He added that officers from the Ministry of Infrastructure, Science and Technology missed the morning session (Friday) of the Economic Stimulus Committee meeting because  they were locked up in a meeting with the private sector to work out how the latter can assist them to augment their capacity. However, asked what additional services government needed to buy from the private sector apart from construction and consulting services to augment its capacities, Sekwakwa was not able to say.

This publication had sent a set of questions to the Botswana Tourism Organisation (BTO) to establish epecifically what projects and programmes they intend to implement to stimulate growth in the tourism sectors. Tourism is one of the sectors earmarked for stimulation by the stimulus programme. However, BTO had not responded by press time.

Batswana advised to invest in shares 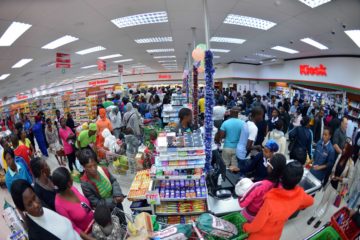