Intelligence community in major state security organs in Botswana are said to be embroiled in a fight to fend off DISS Director General Colonel Isaac Kgosi from dominating them and rendering them ineffective, a source in Military intelligence has revealed. The source who is an MI agent says the recent case where Military Intelligence equipment has been reported missing was just one example of the power struggle involving Directorate on Corruption and Economic Crime (DCEC), Botswana Unified Revenue Services (BURS), Botswana Defence Force Military Intelligence (MI), Financial Intelligence (FI), Botswana Police Service and the Directorate of Intelligence and Security Services (DISS).
The source alleges that the spy chief Kgosi is looking to dominate the intelligence landscape and render other forms any institution with intelligence gathering capability irrelevant. The source says the DIS chief has already neutralised the DCEC who he blames for leaks to the media of suspected corrupt practices by Kgosi’s companies “the DCEC should have long investigated Kgosi but they have been compromised. There is a high ranking official at DCEC who is Kgosi’s mole and he has been instrumental in foiling and frustrating efforts to investigate Isaac Kgosi” the source said.  Recent reports suggest that DCEC Director General Rose Seretse is likely to be shown the door when her contract expires amid accusations that she is on the heels of Kgosi. Linked to the development is the decision by President Ian Khama to move the DCEC and DISS from the control of the Minister of Justice, Defence and Security Ndelu Seretse who was reportedly at odds with Kgosi.
It is understood that MI and other members of the intelligence community have a low opinion of the DISS Boss who they feel is under qualified, incompetent and a national security threat because of his alleged shady dealings.
The source has said the army spy unit views Kgosi with suspicion and are wary of his influence. “Kgosi has the President’s ear, MI struggles to get information to the president and in instances where information collected conflicts with that of the DIS, the President will likely believe and go along with the information from DIS” the source said adding that Kgosi was behind the plot to remove the former MI head Brigadier General Peter Magosi from the BDF. The General together with his colleague Dzikamani Mothobi were last night granted an interim order by the High Court interdicting the BDF from proceeding with the Tuesday planned probe into the disappearance information gathering equipment at MI.
Further information reaching The Gazette is that Botswana Unified Revenue Services (BURS) is also unable to even contemplate investigating Kgosi’s business dealings “his file is a hot potato at BURS, nobody would dare touch it even the heads” the source revealed saying there was enough information to instigate an investigation at the very least.
Kgosi, whose intelligence agency’s nucleus was created by members of the MI and police crime intelligence has met resistance form DCEC and MI leading to mistrust in the intelligence community with allegations of sabotage, hit lists, ouster plots and leaks to the press. “this business with the missing jammers is just a ploy to remove Peter Magosi who is better qualified and more experienced than Kgosi, furthermore MI being an older institution has more information on DIS than DIS has on them they are therefore viewed as a threat by DIS” the source said.

Kgosi has declined to comment on the reported conflict between his agency and state security apparatuses’ intelligence units saying any comment would be viewed in bad light as the board investigating the missing MI equipment was still ongoing. “My comment would cloud the ongoing investigation process and as such would be improper” He said. Magosi also declined to comment on the matter and it was not immediately possible to get comments from DCEC andBURS

Botswana entrepreneurs ranked 5th in use of business coaches 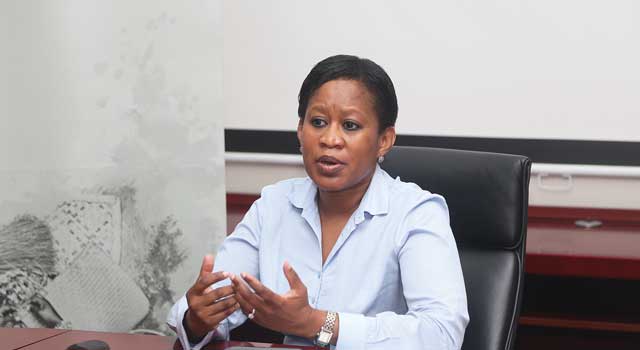