Botswana National Front (BNF) and Umbrella for Democratic Change (UDC) leader, Duma Boko’s alleged deception and empty promises are said to have cost the BNF its electoral data as creditors repossessed computers which he claimed he had bought for his party-The Gazette learnt.

Aggrieved insiders, who are also members of the central committee, have revealed to The Gazette that the real reason for the recent postponement of primary elections is because a certain company (name known to The Gazette) repossessed all the five new computers which had the party’s electoral register because of default payment by Boko.  It is alleged that Boko procured the computers using the BNF’s particulars at end of 2011 and later claimed that it was a gift from him to the party. The machines were later confiscated in October 2012.

The concerned central committee members said that the promise to donate computers to the party by the president was revealed at the Lenganeng and Goodhope conference. “Apparently, the computers had voters’ rolls for members registered between 2010 and 2013 and in order to go for primaries we use this information. The information from the headquarters should correspond with information from the regions, and whenever there is a doubt, headquarters’ information takes precedence,” said one member, adding that Boko was boasting and making empty promises to the party members.

The source stated that the leadership was now playing hide and seek, adding that BNF members were not aware of the circus. The source decried that the party was dying every day under Boko’s leadership, and that most of the BNF members just grin and bear it.

“I know the BNF members; they have this weakness of coming back to their senses after they get disappointed in the general elections. Right now they are just doing the same thing they did during the time of Otsweletse Moupo. They will start regretting after the 2014 general elections results are released,” decried the source, adding that the central committee members were currently threatening to resign in large numbers.

The source went on to state that the president had also promised them over P 20 million, with P10 million already secured at the time, during the July congress in Ghanzi for the purpose of preparations for the 2014 general elections, but he has never fulfilled the promise to date.

Another central committee member who also spoke to The Gazette stated that Boko was just sent to destabilize the BNF. The source said when the BNF recently moved to a new office, the leadership had told them that there was another company which was moving into the old BNF building, and that the company would bear the rental expenses. According to the source, the new landlord always comes at the BNF offices demanding payment and she is paid from the BNF coffers. The source also said the leadership had also promised the party when it moved to the new expensive building that there were certain people who had volunteered to assist the party with rental expenses, but right now it is only the BNF which is paying the full amount.

“Boko should know that we are not just motionless bodies. The time will come when we will come out clear and expose him to the whole world and how we have been defending him. Remember his BNF membership was also questionable. He is just using us to push his agenda of being a legend; his sole goal is to be remembered as a legend that formed the UDC. Ga re a bolaya tota ma BNF…” claimed the source.

The members have also expressed disappointment at the leader’s boycott of the central committee meeting that was scheduled for Selibe Phikwe two weeks ago around the same time the UDC was launched in Selebi Phikwe. The president did not turn up for the meeting and didn’t bother to take distraught comrades’ calls. The source further says the meeting was rescheduled for Sunday and still Boko was nowhere to be found leading to an ultimate cancellation of the meeting.

“Our leader is not an accessible person, he only communicates with about four people in the party,” lamented a central committee member who did not want to be named for now.

The big question is whether history will repeat itself. The BNF emerged from the 2009 elections a bruised party. It had, leading to the elections expelled some of its key activists including some members of parliament and had cases registered before the courts. Its leader at the time, Moupo, was embattled. He had problems with creditors, his law firm had issues with the professional body Law Society of Botswana and his wife had divorced him.

The BNF lost ground and suffered humiliation at the polls, losing half of its 2004 MPs and a significant percentage of the popular vote. Moupo did not heed repeated calls for him to resign after the party’s poor performance in 2009, arguing that the BNF is not a corporate organisation that fires its CEO after poor financial performance. He ultimately paved way for Boko who now seems to be displaying Moupo’s weaknesses.

The party has, under him, lost some MPs, its vice president, secretary general, deputy secretary general and some members of the central committee before the recently held congress. Party veterans are displeased with Boko and seek to regroup to reclaim the party.

How will the BNF or the UDC, which it is part of, fare in 2014 and what role will its president play in the electoral failure or success?
Contacted for a comment, BNF spokes person Moeti Mohwasa had this to say “ I cannot comment…that is nonsense…” 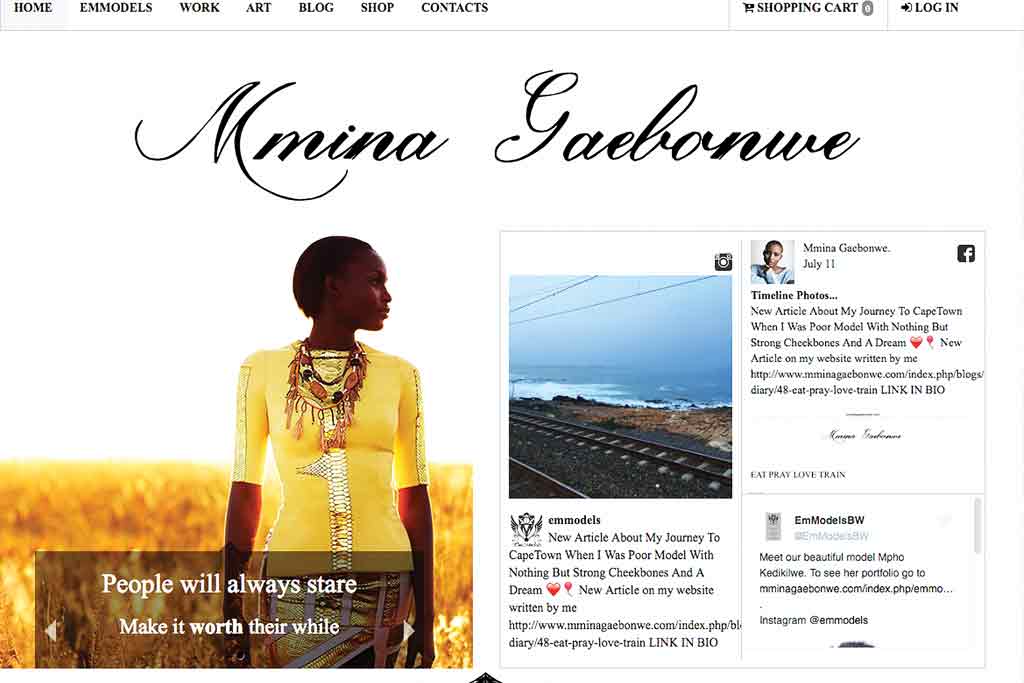