President Seretse Khama Ian Khama is allegedly resisting internal calls to relieve Directorate of Intelligence Security Services boss Isaac Kgosi of his duties. Sources close to the cabinet and a BDP veteran have confirmed that there is worry in the BDP that allegations that have remained largely unchallenged by government could be detrimental to the ruling party’s re-election bid. “A few of my colleagues and I have called on the president to do something about Kgosi but he has ignored our advice,” the veteran who preferred to remain anonymous said.

Local media have been reporting about the alleged graft and other alleged  questionable dealings by the spy chief who has been allegedly interrogated by the Directorate of Corruption and Economic Crime on at least two occasions in the past. The most recent allegations to surface include transcripts of these one these interrogation sessions implicating the late Louis Nchindo, the former Managing Director of Debswana in some of DIS directors reported questionable financial dealing.  It is further alleged that the spy chief was investigated for appearing to ‘live beyond his means’.
Despite these reports, there has been no response from government specifically on the allegations. Kgosi himself has never responded to the allegations. Kgosi has demanded a retraction from The Botswana Gazette of the series of stories it ran saying they were false and defamatory. He has threatened a lawsuit against the paper and P2 million in compensation if the retraction is not made within 5 days.

A senior member of cabinet has admitted that the issue of Kgosi’s resignation has been before the cabinet but the President shrugged it off, “We expressed concern on this matter but the President appeared reluctant to entertain the discussion. My worry is that it will cost us politically. The allegations paint our government as tolerant to corruption,” the cabinet member said.

It remains unclear why no action has been taken on Kgosi as it is alleged that the DCEC completed its investigations and handed a docket over to the Directorate of Public Prosecutions (DPP) for action. DCEC Chief Rose Seretse would not confirm that they have investigated Kgosi saying,  “It is an offense under the Corruption and Economic Crime Act section 44 to discuss any investigation with anybody. Therefore I am bound by this section.”  Seretse said allegations that a docket was handed to DPP were,  “All false and malicious.” At a kgotla meeting in Tlokweng on the 3rd of April 2014, president Khama acknowledged  that the DCEC was investigating Kgosi.

Both the BDP veteran and the cabinet member could not ex-plain the President’s apparent reluctance to act on Kgosi, “He is just unwilling to act and we do not know why, ” they said. “We all know that HE hates corruption, but we are puzzled as to why he cannot say a thing to Kgosi and just watch him dragging the country into a pit,”they said furthermore.

In addition to the questionable dealings with Choppies reported by this paper , it has also emerged that Kgosi allegedly  accepted “a gift” of close to P900, 000 from Nchindo that was allegedly neither declared nor explained. Under Public service general orders this is an offense and action should have been taken especially as he allegedly accepted this in an interrogation by the DCEC.

Attempts to get comment on possible action on Kgosi from the acting minister of Presidential Affairs and Public Administration Shaw Kgathi were futile as he hung up when asked why there was no apparent action on the spy chief. The minister of Defence, Justice and Security Ramadeluka Seretse declined to comment saying it was “OP business”. When asked about the possibility of legal action against Kgosi, local attorney Mboki Chilisa declined to share his views saying he,  “did not want to disappear”. 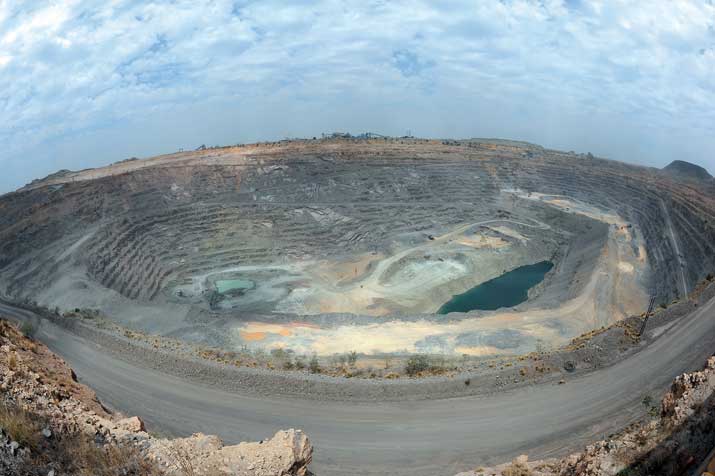