The University of Botswana (UB) has banned party politics on campus. In response, the students filed an urgent application with the High Court which Justice Mothobi dismissed saying it was not urgent. Mothobi said the urgency was “self created” and that the applicants should pay the costs to the respondents.

History points to how student activism in various countries has expedited the process of social change. To use South Africa as a case study, the period between the jailing of Rivonia trialists, among them Nelson Mandela, and the June 16 student uprisisngs was characterized by relative silence on the anti-apartheid movement. Save for sporadic and disjointed activities, nothing significant enough to threaten the apartheid government was happening. The student uprisings of 1976 put the anti-apartheid movement on high gear, causing great instability of the 1980s decade whose pressure, including that emanating from global sanctions against the minority White government, culminated into the release of Mandela and the beginning of talks to chart a new dispensation for South Africa.

It is not ununusual across the world to have partisan politics in university campuses. The UB, until recently, was no exception. The students have for a long time been alive to partisan elections. The History of which emanates just after its inception in 1982. UB did not wait long before it was rocked by its first strike in 1987. The strike is believed to have been the reason why students inclined to the political world in later years. In years to follow, the UB political machine produced the astute politicians in the persons of Gomolemo Motswaledi, Botsalo Ntuane, Parks Tafa, Dick Bayford, Kabelo Lebotse, Themba Joina, Bernard Bolele, Segaetsho Garekwe, Lot Moroka, Key Dingake, Dutch Leburu, Duma Boko, Dumelang Saleshando, Motsile Sibanda, Special Chepete, Victor Moupo and many others. These leaders went on to become prominent politicians.

After close to three decades of a strong partisan political culture, the UB is now ready to give it all up. Talks of banning politics at UB started as far back as 2007 but was met with resistance from the  students who won in this issue in many occasions. Just before the last general elections, the UB Council Chairperson Parks Tafa announced a ban on students political activism. This move by the UB management is seen by some students, political experts and opposition politicians as an outright political repression. Botswana Congress Party Deputy Secretary General Akanyang Magama said he is disappointed with the UB management decision to ban politics. He said UB council is interfering with students’ freedoms. “You should also be mindful that the UB council was appointed by the BDP Government. I suspect this decision comes directly from Tsholetsa House because the BDP is a minority at UB,” Magama added.

UB Council is led by Chairman Tafa who is a Managing Partner at  Collins Newman & Company. The law firm manages President Ian Khama and  the ruling Botswana Democratic Party’s legal matters. Khama is technically UB Chancellor by virtue of him being the President of Botswana. He also appoints members of the UB Council. Khama assigned former President Masire Chancellor but he appointed his brother Anthony and Tafa to the council, raising fears that the BDP government controls UB.

UB currently falls under the Gaborone Central constituency and this is an area where the BDP’s fortunes have been on a constant decline since 2009 when Margret Nasha lost to the young and exuberant Dumelang Saleshando who was once a UB student politician. Saleshando later lost the seat to another former UB student Phenyo Butale. Since 2010, the UB Student Represenative Council (SRC) office has been occupied by students movements inclined to the opposition and this, according to experts and opposition politicians, does not augur well with the ruling BDP.

The Umbrella for Democratic Change (UDC), parliamentary incumbents of the Gaborone Central seat, said the University should be used to groom future leaders and politics is not a bad thing after-all. It said the move by the council to ban politics infringes on students’ rights. “It is wrong to ban politics. UB should let students get involved in politics because it is good for their future,” said UDC Spokesperson Moeti Mhwasa in an interview with The Botswana Gazette. Mohwasa said they have not yet discussed the issue of politics being banned with their students youth at the national level. He said maybe the issue has been discussed at the constituency level. The UDC Spokesperson also said he does not know why the Council Chairperson Tafa bans a system that helped to groom him as he was also a student activist.

Many have admitted that they were prepared for the political world by UB politics. In an interview with a local newspaper legislator Fidelis Molao said “I was an active member of GS-26 at UB where I was Publicity Secretary and went on to be Political Officer for Gaborone Central.” This shows that UB grooms politicians.

So, no more partisan politics at the UB. “The decision was that the SRC elections should not be run along political party lines. You are thus reminded to adhere to the decision in this year’s elections and ensure an amicable election process. We wish you the best as you exercise your rights and that you will participate in large numbers,” a statement from the UB management read. The students responded to the statement by taking UB to court. They requested an urgent application from Justice Mothobi of the High Court. The students attorney Kabo Motswagole filed the notice of motion on behalf of Setlhomo Tshwanelang against the UB and attorney Tafa in his capacity as the UB Council Chairperson. Tshwanelang is currently studying at UB and is also vying for the position of Secretary General in the upcoming SRC elections. However, the application was dismissed with costs.

Botswana Congress Party whose party president suffered a humiliating defeat at the same constituency admitted to funding  their UB wing. Their Deputy Secretary General, however, could not be drawn to divulge the amount of money which the students spend on campaigns.

BDP Youth League Chairman Andy Boatile would not comment on the issue of UB management banning politics. He referred this publication to the party Secretary General who was not available for comment. Boatile would neither deny nor confirm that BDP is financing GS 26 despite reports claiming that the youth league is giving the students money to fund their campaigns. Reports have also emerged that Botsalo Ntuane said BDP should not finance the students because they have distanced themselves from the mother party due to the issue of party politics having been banned at UB. Ntuane was not available for comment.

Since the High Court did not commit itself on the issue of banning of politics and today’s elections,  UB is hosting a non partisan elections for the first time in history. About 18000 UB students are expected at the polls. 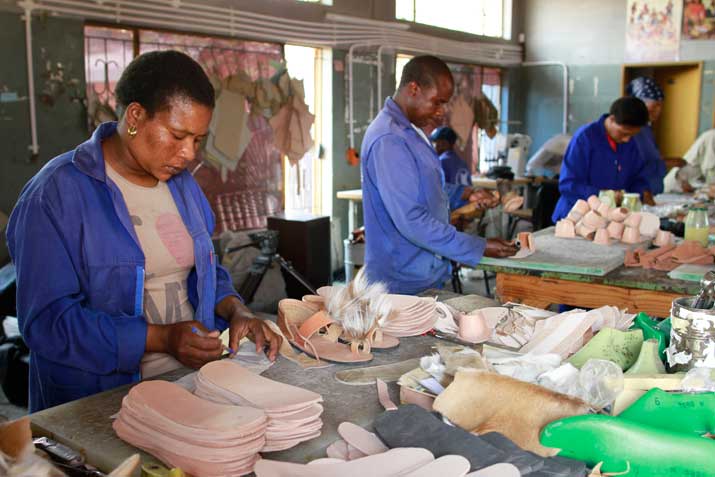