Having run the biggest insurance company in the country, Regina Sikalesele –Vaka moved out to set up her own company with Bramer, the controversial Mauritian corporation, as a major investor. She survived the storm that rocked Bramer corporation, and brought on Botswana Public Officers Pension Fund (BPOPF) as the major investor in the now renamed life insurance outfit; BONA Life. This makes BONA Life the first locally owned life insurance company. Now Sikalesele-Vaka is ready to change the insurance industry.

“The time has come for the insurance industry to catch up with the society it claims to serve. It cannot be business as usual as our prospective potential clientele has changed their lifestyles drastically, and we have no choice but to conform,” she said.

Sikalesele-Vaka said they are redirecting the business from just being a life insurance business as it is imperative for the industry to change. We have changed direction, we want to take advantage of the fact that we are owned by the BPOPF, so we have finalised our annuity product to exploit the pension fund as a captive market,” she explained.

Further, Sikalesele-Vaka said traditionally life insurance companies struggle with annuities because they do not have a way to manage the ‘mismatch’ position. “We are very lucky that our new shareholder has more than ten years of experience with a rival company, so they really know how to go out there and create instruments that can match our liability,” she said, stating that it will be part of the company’s re-direction coupled with adding a funeral cover business.

Annuities are annual policies that make returns to their investments to individuals. They guarantee steady or lump sum periodic payments that can be used as a source of income. With these, Sikalesele-Vaka looks to tap in the over a 100 000 members of BPOPF to provide financial services to.
Additionally, BONA Life, according to Sikalesele-Vaka, will change the insurance industry modus operandi by going after the youth market segment which she said has traditionally been ignored by the industry due to its instability and indecisiveness.

Sikalesele-Vaka chastised the insurance industry for lacking in flexibility. “In a time of ‘freelance employment’ and entrepreneur approach to work, there is an increasingly large number of young people who are excluded by the industry due to their lack of steady income. We are going to be operating very differently from the mainstream because the mainstream has a very formal approach. We are saying you are under the tree selling your mangos and oranges, you then have money, we want those people to be able to buy our products even though they do not have steady incomes,” she explained.

The BONA Life CEO underlined that the economy is changing and new adults will have to sort out a new way of earning a living because days of guaranteed jobs and pensions are long gone.

“We also have to cover the technological gap that the industry is currently facing.
A lot of our lives happen on our cellphones and laptops, so we want to explore that space and follow people to where they are,” concluded Sikalesele-Vaka. 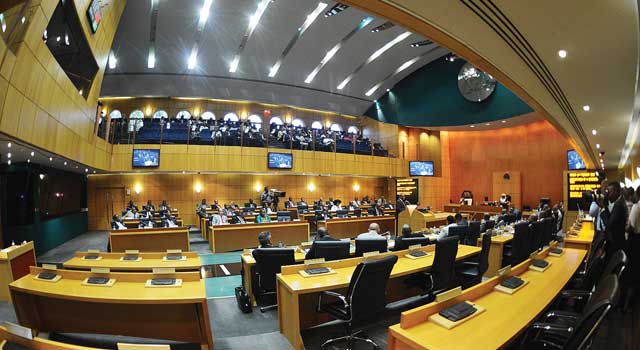