Venture Capital raising expert, Anthony Siwawa has said that the time has come for investors to re-think the way they invest in the small to medium enterprises in the country.
In an exclusive interview with Gazette Business, Siwawa, Managing Director of VPB said most small and medium enterprises (SMEs) failed because of the inherent skewed trading environment. “One thing we have learnt is that economies of scale count,” he said. He indicated that SME’s success is premised on exponential growth and thus the fact that Botswana is not an island and is open to competition coupled with the poor infrastructure skills, SMEs continue to struggle in Botswana.

“SMEs come up with great products but don’t survive. Even medium size businesses struggle; we saw it with some of our manufactures,” Siwawa said. He said the peculiar situation was due to the fact that SMEs in Botswana are usually price takers as they try to compete regionally.
He said the time had come to re-focus priorities away from investing heavily on ventures that do not carry any market advantages. “We have the ability to sell knowledge and intellectual property; I think that is an opportunity. Let’s be self critical of some of the ventures where there is no ability to leverage from a premium position,” he mentioned.

The MD cited as an example, Delta Dairies, a company that has been funded by the CEDA Venture Capital Fund, a fund that Siwawa’s VPB is managing until the end of this current quarter. The P200 million Fund has been criticised for its failed ventures, a mixed bag of start-ups and turn around SMEs. Siwawa’s opinion is that its results have been good and bad, and that it is a learning curve considering that it was one of the first private equity funds in Africa located outside South Africa.

While Delta Dairies saw growth in its early days, it eventually fell on to hard times in 2013. Siwawa blamed this on the market structure. “The dairy business is still worthwhile but without the schools tenders, it wouldn’t be. The challenge was that we had a brilliant idea and product, but our competitors have 90 per cent of the market, so the economies of scales meant that they can easily dump the same product here far cheaper than we can sell,” he said.
Delta has survived due to government subsides. It is however, still struggling as it is dependent on schools tenders which Siwawa said at times they take long periods of times to be decided on.
Media reports last year suggested that a rift had occurred between VPB, the investment advisor of the Botswana Public Officers Pension Fund (BPOPF) and the pension fund’s board over the direction which they reportedly wanted to take Mascom Wireless as rumours of a possible takeover by South Africa’s largest cellphone operator, MTN emerged.

Siwawa disputes these claims and said VPB continued to do business with BPOPF on other investment contracts and his stepping down as Chairman of the cellphone network company was merely procedural as his time was up. “We are comfortable with the decision our client made. There is no takeover by MTN.  There is no resignation by the Portuguese (Portugal Telecoms who have had the Mascom management contract since 2004; all these are lapsing of contracts,” he said.

On the future of private equity for businesses, Siwawa is of the view that it is a growing industry that is key for the success of any economy. “There is dire need for private equity to grow industry,” he said, indicating that if no equity is forth coming from banks and the stock exchange, private businesses will fail. He however, sees encouraging signs as “over the last 15 years, it has grown to a US$100billion industry in Africa.”

Siwawa said Botswana had to adopt similar laws to its neighbours, Namibia and South Africa in introducing regulations for pension funds to provide risk capital to private companies.
On the 70:30 investment ratio requirements of offshore to domestic investment by any fund in Botswana set by the Non-Bank Financial Institutions Regulatory Authority (NBIFIRA), he said initially, it was a good regulatory idea, “but things have changed because offshore has shown that it is not necessarily less risky. That is a policy that should be reviewed time to time and not cast in stone,” he explained, adding that “you have to have a long term model that assesses and helps with adjustment if necessary.” 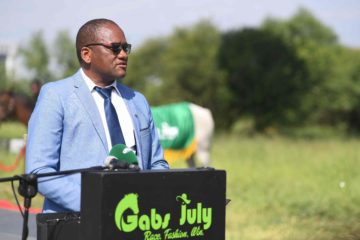