Following an appeal to Competition Authority by prominent businessman Jagdish Shah, owner of Jacks’ Gym to reverse its decision that he disinvest, CA last week ruled on the appeal.

In a telephonic interview with Gazette Business on the decision last week, Jagdish expressed his displeasure with the decision. “This means I will have to look for an investor. I had invested P3million on the equipment and P2million on fittings just for this Gaborone west branch. Anybody looking to invest can come forward,” he said.

According to Jagdish, a gym business is difficult to divest as its returns are not that much. “It does give you returns over expenses, hence not profitable.” The man is ready to close shop when the time is right.

CA has ordered Jack’s Gym to furnish them with a list of its competitors as well as their market shares by January 2016 for the Authority to review the divestiture directive. In reviewing the directive, the Authority shall carry out its own market assessment and any required due process under the Act.

Previously, CA had conditionally authorised the proposed acquisition of all the assets and goodwill of Evolution (Pty) Ltd, Gym Active and CNS Gym by Humaree Investments (Pty) Ltd trading as Jack’s Gym. Announcing its decision on March 7th 2014, the Authority noted that this transaction was implemented in contravention to section 55 of the Competition Act and expressed great concern and regret that Jack’s Gym implemented the transaction without following the competition law.

It said the merger assessment showed that there were substantive competition concerns that would arise in the gyms market, given the fact that the proposed transaction had resulted in substantial lessening of competition due to the removal of three competitors from the markets.

Furthermore, the merger had resulted in the merged entity acquiring a dominant position as seen from pre-merger market share estimates of 17.5% to 42.3%, post transaction in Gaborone and 100% in Palapye.

In addition, the merged enterprise had demonstrated its ability to increase prices without effective constraint from competitors or potential competitors. The Authority however noted that the proposed merger had some benefits to the public in the form of improved service delivery to the targeted gym members in the relevant markets. Taking the competition concerns into consideration and pursuant to the provisions of section 60 of the Competition Act, the Authority approved the proposed merger on condition that Jack’s Gym divests the gym previously operating as Gym Active at Village, Gaborone, in order to reduce its concentration in Gaborone.

This is in view of the fact that Jack’s Gym had demonstrated the ability to grow organically, as evidenced by opening at Lansmore and Block 5.
The divestiture should be completed within a period of 24 months, from the date of authorization. 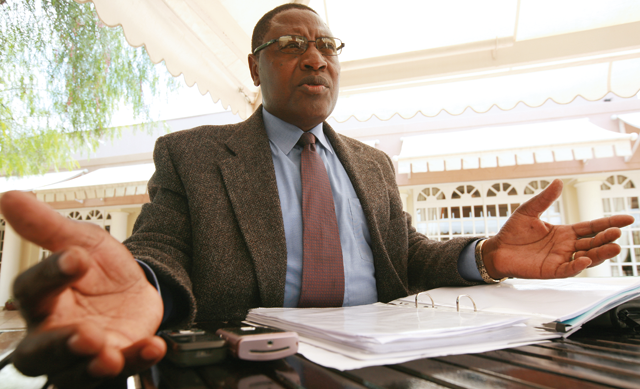