Township Rollers chairman Jagdish Shah has declared his willingness to take the mettle of being the next Botswana Premier League chairman if nominated for the post. The  Popa’s major shareholder is  amongst the favourites for the coveted post.

BPL board members will be tasked with nominating an  individual they deem suitable to be Mokganedi Molefe’s successor in August. None of the 16 chairmen had publicly expressed an interest in taking the soon to be vacant post, but  Shah has now confirmed that he would find it hard to turn down the chance to be the next BPL chairman.

He told Gazette Sport that if the opportunity arises he would not hesitate to grab it. “I think a lot of chairmen in this league have a lot to offer, myself included. I would be more than happy to avail myself because I believe I have something to bring to the table as well. I would gladly nominate myself for the position. At the same time I would also offer my full support  to anyone who would be elected to  be the new BPL chairman because we all share a common goal which is  to continue improving our league,” said Shah.

Neutral observers have stated that the businessman has the right attributes that could match the BPL’s professional ambitions. They noted his international connections and his business acumen as key components that could help him get the nod ahead of other prospective chairmen. The league aims to appeal to a wider audience and become as profitable as other leagues in Africa.

Foodies Botswana: the recipe for staying food- Savvy under Lockdown 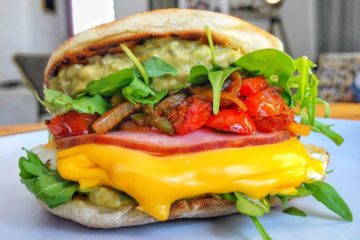