Employment is considered by economists to be one of the few effective ways of sharing the national pie and they generally draw a line between economic growth and development. The discovery of diamonds set Botswana on a glistening economic growth path and her  rise from extreme poverty to the far opposite end of amassed significant wealth simply meant that more money was available to use in changing the lives of its people.

Fast forward to 2015, what now represents that rags to riches story is a more worrisome  tale of economic  disparity where the gap between the rich and the poor continues to widen. This in other words means that the pie has only been eaten by a few giving the belief that the betterment of the majority of people in Botswana has not happened at the same pace as its economic growth.
Trading economics, a research and analysis site reveals the following trend on the employed person forecast which it last predicted on February 6,2015.

When government, as an economic manager, realized that it only got so far in helping to create jobs it heaped on the private sector this mammoth task. Despite private sector’s continuous engagement with government on creating a favourable environment for it to operate in, this year’s  budget speech failed to make evident the fruit of such consultations. While there appears to be a strong political will to create jobs, the way in which it will be done rings hollow essentially  leaving the private sector to its own devices.

“At the moment we know there is a will but whether there is a way, that’s what we will find out” said BOCCIM Chief executive Maria Machailo-Ellis when speaking to Gazette Business. At Bopeu’s budget analysis breakfast meeting on Friday, BOCCIM’s President Lekwalo Mosienyane raised the concern that at the same time the private sector is expected to rise to the challenge an inflexible sluggish bureaucracy inhibits the business environment. “BOCCIM is therefore disappointed by the gulf between proclaiming the private sector as the engine of growth and the impediments that those at the coal face of business have to contend with regularly” denounced Mosienyane.

Mosienyane expressed the disappointment of the business community with regard to a number of issues that undermine  their ability to grow and create jobs which the 2015/16 budget speech did not boldly and conclusively deal with. He gave examples such as the arbitrary rejections of work permits for skilled workers, muted assessment of countless government levies which increase the cost of doing business, unhurried uptake of electronic government (E Government) of which its transformational opportunities continue to be missed and the unclear engagement on public-private partnerships (PPPs) to mention but a few.

Analyzing the impact of the national budget process on employment and labour market, Economics specialist at the University of Botswana Happy Siphambe stressed the deficiency of Botswana’s national budget in providing an obvious link between it and job creation. “Botswana’s main emphasis has always been on wages to the neglect of its impact on employment,” he said. Siphambe mentioned that it is usually assumed that by pumping money into development, this will automatically create jobs in the private sector. He added that while the assumption appears logical, it may not necessarily be the result especially because it depends on issues such as availability of local skills and whether the projects will use more people than machines. Providing evidence to his statement he read paragraph 49 of the 2015 budget speech,  “This year’s development budget of P12.93 billion which will mainly be spent on infrastructure projects such as construction of schools, new power transmission lines and pipelines, is expected to go a long way in creating employment opportunities” adding examples from the two previous budget speeches. According to Siphambe relevant questions of whether there is a framework available to ensure that this happens and exactly how many jobs the projects will create as well as at what cost, are not appropriately dealt with at the same time making a comparison with the 2014 South African budget.

Siphambe proposed the introduction of active labor market and employment policies (ALMP) that will allow for realistic  estimates of job targets that can be monitored and reported on so as to draw insight on how the economy performed against its targets. “Evidence shows that countries that have significant support for ALMP have low unemployment rates” he said. He emphasized that a strong social dialogue among all important partners is as a result needed so as to exert a great influence on the labor market and social policy.
The big question on where the jobs will come from still however looms . 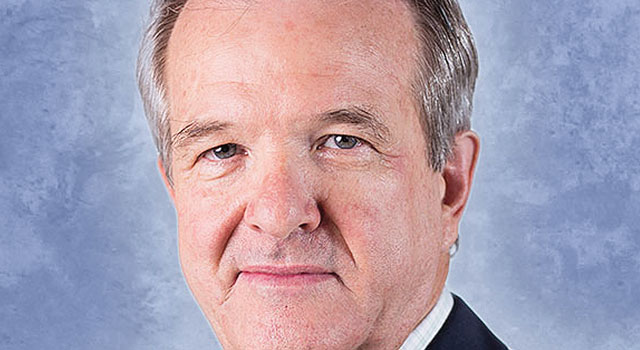