Gaborone United attacking midfielder Mpho Kgaswane has attracted interest from Jomo Cosmos and Platinum Stars. Both clubs have contacted GU with the view of adding him to their respective squads next season.

Stars have sought permission to invite the player for trials ahead of their pre-season training camp. However, their rivals for Kgaswane’s signature, Cosmos, are prepared to offer him a contract as opposed to a trial, if reports are anything to go by.

The Premier Soccer League clubs have held informal talks with Moyagoleele to confirm their interest in the player and they are expected to return with concrete offers before the new season commences. Cosmos are regarded as the favourites to land the Zebras player due to their willingness to offer him first team assurances. Gazette Sport had previously reported that Kgaswane had impressed South African scouts during the COSAFA Cup tournament.
Reached for comment, GU’s Herbert Letsebe confirmed interest in the player from the mentioned clubs. “We want our players to do well and we will not stand in their way if opportunities to play in the PSL present themselves,” he briefly stated.

Cosmos, a newly promoted team, has an impressive track record of providing a platform for players to prosper in the PSL and beyond. They have launched the careers of players such as Aaron Mokoena (went on to play in English Premier League with Blackburn Rovers and Portsmouth) , Valeri Nahayo (later signed for Kaizer Chiefs) and Reneilwe Letsholonyane (regular national team player, also joined Chiefs) among others.

The club’s coach, Jomo Sono, is a keen admirer of Botswana football and his unsuccessful attempt to sign Joel Mogorosi was well documented last year. The legendary coach made a personal scouting trip to Botswana to watch potential transfer targets, he attended an international friendly between Botswana and Mozambique at the Lobatse Sports Complex in March this year.

Kgaswane was not involved in the game but Sono’s presence proved his dedication to scout players in Botswana. The experienced tactician then spotted Kgaswane in the COSAFA Cup and has earmarked the Zebras star as one of his prime targets. 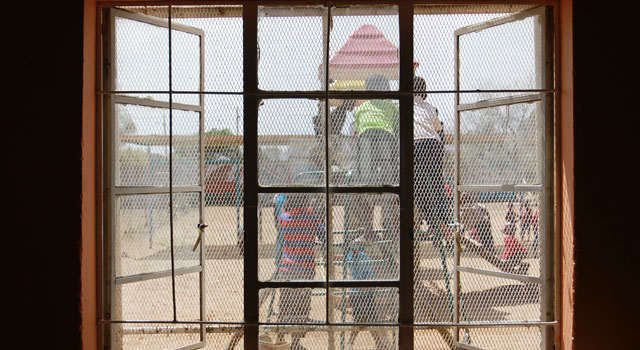