The Lobatse High Court judges who downed tools last week after Chief Justice Maruping Dibotelo labelled them corrupt are back at work after he apologised to them last Friday but the Botswana Federation of Public Sector Unions (BOFEPUSU) and the Law Society of Botswana (LSB) have said that an apology is not enough, stating that in addition to it, a number of issues need to be addressed.

BOFEPUSU labour secretary, Johnson Motshwarakgole said,  “We are interfering in this matter because the staff at the courts are members of the Federation. What we understand is that he apologised to the judges only. It is not enough for the chief justice to just apologise and think that everything will go back to normal.”

Motshwarakgole said that there must be something that prompted Dibotelo’s utterances, and he should state exactly what that is. The unionist also wondered as to what made Dibotelo apologise, which he believes was a quick u-turn.
He said that the damage that Dibotelo caused  still exists and needs to be addressed,  “to restore the staff and judges’ dignity.” He noted that though the Chief Justice apologised, there are issues that he raised during the utterances that he is still concerned about.

LSB chairman, Lawrence Lecha told The Gazette that he had not seen the apology but also believed that the chief justice needs to do more than just offer an apology. “I do not know what is written in the apology but all I can say is that the said apology is not enough. There is damage done and the damage needs to be addressed,” he said. He could not comment further on the matter.
The judges declined to comment on the apology when reached by The Gazette. 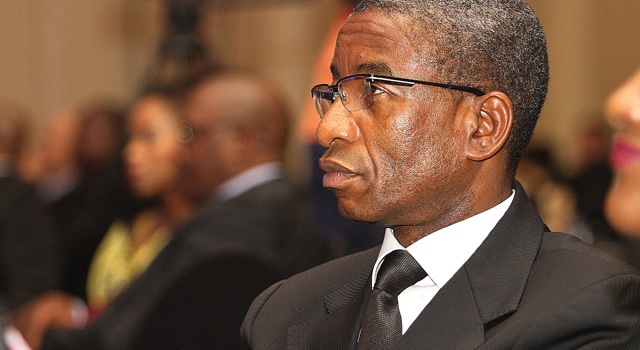