“Although there is a wide variety of jurisprudential thought on the complex concept of the rule of law, it is generally accepted that a society in which the rule of law prevails is one in which a climate of legality, observance of the law and an effective judiciary, are evident. It is a society in which no man is punishable, or can be made to suffer bodily or proprietary loss, except for a breach of the law as established by ordinary courts of the land. It does not mean the protection of vested interests, or unfair exploitation in society. It means the emancipation of the spirit of humankind from coercive constraints of fear, inequality and want. It requires that everyone should be subject to the law equally, and that no one should be above the law; that law enforcement agencies and the courts enforce and apply the law impartially.”

Justice Anthony Gubbay: Third International Rule of Law Lecture: The progressive erosion of the rule of law in independent Zimbabwe, 2009
It would seem that the Chief Justice has a lot to deal with on his plate. Fresh from the controversial subject matter of forum shopping there is now an equally worrying issue of incarceration of attorneys by Magistrates. The Chairman of the Law Society of Botswana describes them as “junior”  and “drunk with power”, issuing warrant of arrest against not just lawyers and but also members of the public “willy-nilly”. To contextualize the issue he gave an example of what befell him.

Whether or not, as a matter of fact the warrants are issued “willy-nilly” is immaterial. These warrants of arrests instill fear and panic amongst both lawyers and unsuspecting members of the public and can negatively affect public perception towards the judiciary. Once the perception is negative, public confidence in the judiciary is eroded.  The perceived (ab)use of such public power by the Magistrates to cement their power relative to other stakeholders may be perceived as settling personal scores beyond the court room. I would imagine that there would be deserving situations where such powers must be invoked. In that situation, it would always be advisable that one is given an opportunity to counter any conduct (perceived or real) of him/her which was deemed to warrant such an incarceration.

Like the issue of forum shopping, there are usually underlying sub-texts. Many of these judicial officers set matters down and do not appear on time; either deliberately or attending to some prayer meetings set at the same times with cases. Sadly and regrettably, there is never any compelling reason for late coming accompanied by an apology where any explanation is given.

The recent case of a colleague who was incarcerated at the hands of yet another Magistrate is even worrying. The Magistrate’s personal records of proceedings had a version which implicated an attorney, suggesting the latter had insulted her. However, the short-hand notes did not have the version which the Magistrate said was attributed to the lawyer. It seemed that not only did the Magistrate not have a basis to incarcerate the said attorney, but she had a record that was materially different from the short-hand notes. Whether or not this was a genuine error is a matter that can only be determined upon investigation of the matter. Like all other issues before this one, it will be underplayed or overplayed yet again, depending on where one is sitting.

First uranium mine to open in 2016 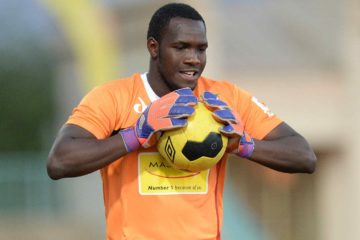