Five shareholders with a significant stake in the funeral services group, FSG Limited, which last week announced its intention to delist from the Botswana Stock Exchange (BSE), have made an offer to other shareholders for a share buyback.
The five; Botswana Life Insurance Limited, Flip Coin (Pty) Ltd, Kate Maphage, Petronella Mathumo and Tebelelo Seretse collectively hold 75.35% of the issued shares in FSG. They will offer to buy the shares for P2.80 per share in cash and Stanbic Bank Botswana has already guaranteed over P83 million to be utilised to effect payment for shares sold. The offer period runs from October 21 to December 04, 2015.
An Extraordinary General Meeting of the shareholders will be held on December 11 to consider and pass a special resolution for the delisting of the issued shares in FSG from trading on the BSE. The five majority shareholders will vote for the passing of the special resolution. The five intend to purchase all the shares in FSG held by minority shareholders in light of the delisting of the issued shares in FSG from trading on the BSE.
In an FSG circular written to shareholders, it is detailed that should the number of shareholders be reduced to the appropriate number, FSG will be converted to a private company. The minority share acquisition, according to the circular, “will remove the interests of the minority shareholders, allowing more flexibility for and ease of acquisitions necessary for the expansion of the company.”
This publication asked Ngodya Chimbwete, an analyst with Imara Capital what could have motivated the delisting. “It may be majority shareholders wanting to keep the company to themselves so as to derive maximum value out of it,” he responded. Asked if it was a common phenomenon in business, Chimbwete responded in the affirmative.
On the implication of the delisting on the minority shareholders, Chimbwete said nothing was finalised yet as the shareholder meeting is yet to be held.  He said the offer price for share buyback of P2.80, which does not offer much value given the fact that the FSG share currently sells for P2.74, can still be contested at the meeting.
Gazette Business asked Chimbwete what the benefit was, if any, to trade as a private company as opposed to being publicly listed. “Not sure if we can call it a benefit, but the company does not have to make public information about it, for instance, financial results. Also, at the end of the fiscal year, shareholders decide how much dividend they want to allocate themselves, without having to abide by a dividend policy that is approved at a shareholders meeting,” he responded.
On the effect FSG, a company valued at a little over P331 million, delisting will have on the BSE, Chimbwete said it will have an adverse effect. “Well, that’s value eroded from the local bourse. It will also make worse the current scenario where there is limited stock to invest in at the BSE. This may cause an artificial spike in prices,” he said.
This publication asked Chimbwete if the delisting pointed to a problem with the local bourse given that over the last year, three companies; Discovery Metals Limited, African Copper, and BancABC delisted. Responding, he said he could not attribute the delistings to the bourse as each company had its reasons. “For BancABC, the delisting was motivated by an acquisition of the bank by Atlas Mara. For the two mines, there is limited trade in their stocks because investors are avoiding commodity driven stock as a result of depressed commodity prices. Also, there is no liquidity in the foreign board, where the two mines traded, because it has been quiet for some time. So, it did not make business sense for the two companies to remain listed,” explained Chimbwete. 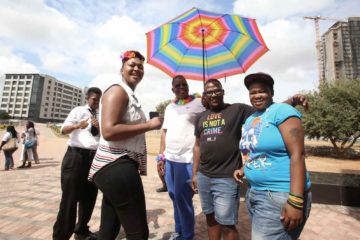