Former FC Satmos striker Patrick Kaunda convinced the Platinum Stars technical team of his abilities after only two days of monitoring, his agent has revealed. The Premier Soccer League side elected to give him a training probation before exercising the option of signing him on a two year deal.

He took only two days to convince them  of his predatory instincts- the club’s strikers struggled last season as they relied of attacking midfielders Robert N’gambi and Mogakolodi Ngele but the signing of Kaunda could ease the side’s striking deficiency.

His agent, Moran Nthoiwa told Gazette Sport that his client joined Dikwena because they are the only PSL club which showed serious interest in his services.
“Amazulu made an inquiry but Platinum Stars were the only club to show concrete interest in signing him. They made contact with us and stepped up their interest by inviting him to their training base to take a closer look at him. This is a great opportunity for him to showcase his talent in the PSL. We have been working on a move to either the PSL or a European league for almost a year and it has finally paid off,” said Nthoiwa.

His club resisted interest from local clubs throughout the season because their agreement with the player permitted a move to a foreign league before his contract ended. Kaunda scored 20 league goals to help Satmos qualify for next season’s Mascom Top 8.

He has been nominated for the   Player of the Season accolade  in the beMobile Premier League awards ceremony that will take place next week Thursday.

Why did the Ministry of Education fail to account? 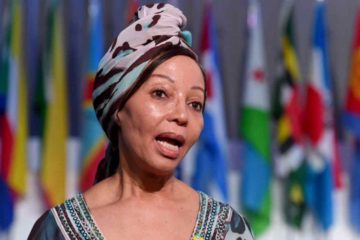