The Minister of Defence, Justice and Security Shaw Kgathi says that out of his proposed P22.4 billion budget the army will get the largest share of P14. 8 billion under the National Development Plan (NDP) 11
Making the comments in Parliament in his response to the NPD 11 debate Kgathi made specific reference to The Botswana Gazette reports on the proposed procurement of fighter jets and spy equipment.
The Botswana Gazette reported that the proposed purchases and President Ian Khama exerting pressure on government to procure fighter jets in respect of negotiations that have been ongoing for the past four years was met with Kgathi announcing in Parliament that the article was amongst other things “unpatriotic”: Therefore my plea to the Gazette newspapers which I respect very well (sic), is to get them to retract these malicious, false, unpatriotic and sensational headline (sic) to the effect that the BDF will spend P22 billion on Fighter Jets.”
Former Commander of the Botswana Defence Force (BDF) Lt Gen Gaolathe Galebotswe confirmed before the Public Accounts Committee in June 2016 of the ongoing negotiations with Swedish aircraft manufacturer Försvarets Materielverk (FMV) for the acquisition of between eight and 12 JAS Gripen “C” and “D” aircraft variants to replace its ageing fleet of US-made F-5 fighter jets because BDF needed a competitive edge.
In May the Defence Blog publication also reported that BDF plans to spend up to P2 billion to purchase up to 45 Piranha 3 wheeled armoured vehicles from Swiss company General Dynamics European Land Systems-Mowag (GDELS-Mowag).
According the Business Weekly, the new additions would increase the number of Piranhas in the BDF inventory to 90, as it already operates 45 others, which were delivered in 2003 and this would include cannons among the main armaments.
Also in February, The Sunday Standard reported that top BDF officials had visited the premises of French-based Company MBDA to witness the testing of its Mistral and VL MICA air defence systems ahead of possible acquisitions. The BDF was hoping to acquire the systems for a combined price of about P5 million, it reported.
Kgathi’s response in Parliament last week Tuesday, is notable in that he does not deny that the aggressive arms acquisition is going to happen, challenging rather the allocation of funds according to his understanding of the article in question.
Kgathi elaborated by stating that the BDF needs to purchase the fighter jets as a “long  term  investment  cost  serving (sic) measure  to  consider  a  multirole  jet  fighter,  that  is,  capable  of  conducting  the  air-to-air,  close  air  support, reconnaissance and air space policing  missions.”
Recent reports reveal that top members of the Swedish Army and Saab, the manufactures of Gripen aircraft paid a visit to President Khama to discuss reasons behind their failure to deliver one second hand Gripen fighter jet ahead of the Bot50 celebrations at which they were supposed to conduct flight capability demonstrations for the independence revellers. Insiders indicate that Khama was unhappy by the company’s failure to deliver the aircraft.

Do we have security threats?
In his response Kgathi criticized Duma  Boko, Wynter Mmolotsi  and Dithapelo Keorapetse saying that they have displayed  a  limited  understanding  of  the  country’s security  situation  and  threats.
He said that “the peace that this  country is currently enjoying should not lead to a  false  sense  of  everlasting  security and that history  has  actually  taught  us  that there  is  no  country  which  is  free  of  threats  and  you  can  never  predict the  nature,  the  rate  and  the  magnitude  of  change  in  the  security environment.”
“It  is  therefore,  critical  for  the  BDF  to  acquire  the  level  of  capability required  to  respond  to  foreseen  and  unforeseen  security  environment. This House should not  assume that in the absence of wars in  the region there  are  no  threats  or  conflicts  or  potential  conflicts  necessitating  deterrence, denial and defence,” he added.
Kgathi stated that it  is erroneously  alluded that  terrorism,  cyber-attacks,  cross border  crimes  fall within the exclusive domain of Police and related agencies,   arguing instead that the Defence  Force  has  a  role  to  play  when  all  these  escalate to a  level whereby they become a national security threat.
The critics of Kgathi’s desired military expenditure argue that the chances of Botswana going to war with its fellow SADC member states are non-existent considering its geo-political ties within SADC and beyond. They argue that in an economic sphere as well as a military one, the neighbours are too powerful for the Defence Force to pose as a military deterrent, a view supported by various US communique revealed on Wikileaks. Botswana has traditionally relied on close international alliances and relationships to protect its sovereignty due to its small population and military; an international foreign policy started by the late first President Sir Seretse Khama.
While Kgathi acknowledges the absence of security policies which are meant to guide such transactions and any specific looming threats, he avoids explaining why the decision to procure the fighter jets was never brought before Parliament for approval. While the BDF has been in existence for the past four decades it still does not have a National Security Strategy (NSS) a primary document from which the defence policy should be derived.
“The  completion  of  the  NSS  should  provide  clarity  and  guidance  on  the existing  security  policies,  such  as  the  National  Defence  Strategy,” he said.
The possibilities of terrorism threats are unjustified and there is no explanation as to how Gripen fighter jets would be used to fight cyber-attacks or terrorist attacks on domestic soil. While the budget and mandate of the Directorate of Intelligence Service, Anti-Poaching Unit and the Police (SSG) also includes cross border crime the Minister of Defence avoids elaborating specifically on how the fighter jets would be used in such expeditions bearing in mind the argument that a military attack from our neighbours is unlikely. The BDF and related security forces have been praised in recent years on their effective border patrol operations that have seen the decline in crime mostly in the northern region where they are primarily concerned in curtailing the influx of Zimbabweans escaping the wrath of the country’s ailing economy.
The force has used drones and mini aircraft along with foot soldiers to prevent poaching which has been seen by most nations as a successful operation prompting relocations of rhinos from South Africa to Botswana.

What Peace Keeping Missions?
Kgathi goes further to state that in the past BDF has participated in United Nations  peace keeping missions and that, “experiences arising out  of  these  missions  have  taught  us  that  force  protection  is  of  paramount importance in such missions.  We should thus send into such missions a well-equipped and resourced defence force, capable of taking care of itself and those it sent to protect.”
He pointed out that the nature of  the battlefield has transformed over the years, particularly in respect to  technology,  this  necessitates  the  BDF  replacing  its  aging  and  obsolete weaponry  in  particular  the  air  defence,  manoeuvre  and  communication systems and airspace surveillance.
Kgathi’s response completely avoids pointing out that for the past 10 years Botswana has never participated in militant peace keeping missions. According to the Botswana Government Portal on Peacekeeping Missions, the first mission was in 1992, Operation Restore Hope in Somalia and Juba, South Sudan then BDF conducted operational exercises such as “Exercise Thokgamo” in June 2005 in which SADC member states participated while some of its personnel were serving on an African Union Liaison Mission in Ethiopia/Eritrea and a military observers role in Darfur, Sudan.
From 1993 to 1994, the BDF was deployed to Rwanda as observers only. The same year, BDF troops participated in a UN peacekeeping operation in Mozambique and ‘Operation BOLEAS’ a SADC military intervention in Lesotho in 1998.
Military experts posit that our lack of participation in peace keeping missions fails to justify the expense of an attack aircraft. Kgathi does not explain the use of the Gripen jet fighter, a heavily armed attack aircraft as opposed to cargo aircraft and helicopters traditionally used for peacekeeping missions.
“The Gripen is specifically used for reconnaissance and open terrain battle, it is also a bomber. The spending is misplaced for such missions,” says one military expert who declined to be named.
According to the National Interest Magazine, a military publication, SAAB announced in 2015 that it was seeking to dispose of between 200 -400 of the Gripen C and D model frames made obsolete by their newer model the JAS-39E/F Gripen NG. Botswana is seeking to purchase the former planes. 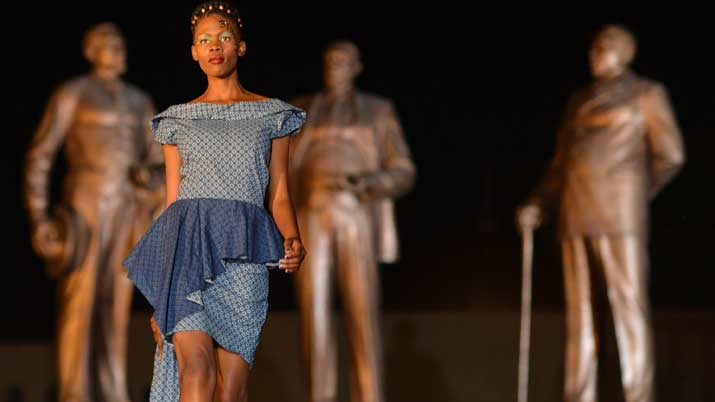