Mochudi Station Commander, Superintendent Simon Sitale told The Gazette over the weekend that of the three completed investigated cases in which teenage girls in Kgatleng had alleged to have been abducted by suspected ritual murderers, were all false claims.

Sitale noted that they have recorded a total of six such cases since April this year, with the latest recorded a week ago. “In all the three investigated cases, we discovered that the complainants gave false information. They confessed, and we have opened cases of giving false information to a person employed in the public service against them. There is also a potential of charging them with another offence of breach of peace,” said Sitale, adding that the three girls will soon appear before the magistrate court. The girls’ ages are 15, 17 and 18-years respectively.

He told The Gazette that in the latest case, the complainant at the time, now the accused, had during the police interrogations confessed that she lied because she was afraid of her parents as she had spent a night at her boyfriend during the day in question. Her boyfriend also told the police that the girl spent a night at her house, according to the station commander.

He said they have also discovered on inquiry of another case that the girl gave false information that she was kidnapped by suspected ritual murderers because she wanted a valid reason for her parents to transfer her from her current school to another, still in Mochudi.

He advised that every Motswana must know that they are responsible for maintaining peace in the community they live in; stressing that spreading of malicious information has potential of disturbing peace. One of the alleged suspects in the faked kidnapping incidents who was brutally beaten by a mob last week has opened a case before the police after the girl confessed that she gave false information that he had kidnapped her.

Meanwhile, retired Bakgatla deputy Paramount chief, Bana-Sekai Linchwe has said the Kgatleng chieftainship was concerned about the ritual allegations in their district, especially that they are linked to the royal family. This, Sekai said, was worth calling a kgotla meeting over  the coming weekend to address morafe and to hear more from them.

“This is a concern especially that no such reports of ritual abductions have been reported before the kgotla, and I also understand that even the police here have not received any reports with concrete evidence,” Sekai said. He said that rumours were disturbing as they caused members of the community to live in fear of being attacked: even the alleged suspects live in fear of been attacked by the mob. 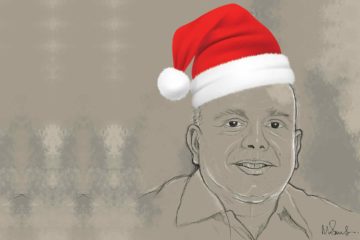