President Ian Khama has issued a stern warning that there will be dire consequences for any armed poachers who try to rob Botswana of its natural resources. Speaking at the Khama Rhino Sanctuary over the weekend, President Khama reminded poachers that Botswana’s rhinos and elephants are protected by members of the country’s security forces.
“We must never allow anything to become extinct in Botswana. We make that pledge. Let me once again remind poachers that our rhinos are guarded by members of our security forces. I need not say more about the consequences in the event of armed poachers trying to rob us of our resources,” said President Khama.

He added that rhinos in the region are under threat from poachers who feed foreign markets in Asia. He further urged Batswana to consider rhinos as an important natural resource that creates much needed revenue and employment. Rhinos nearly became extinct in Botswana because of poaching and inadequate protection by government. A survey conducted in 1992 showed that Botswana had only 19 white rhino while the black rhino was classified as locally extinct. The Botswana Defense Force (BDF) and the Department of Wildlife and National Parks later set up the anti-poaching unit, laying the groundwork for reintroduction of rhino into the country.

Over the years, poaching militias became increasingly sophisticated and heavily armed as they were infiltrated by moneyed Asian conglomerates and demobilized guerrilla forces. Poaching also became militarized because of a proliferation of arms of war and increasing use of specialist military tactics. Poachers also became increasingly hostile and ready to kill, which led to loss of lives of a few BDF officers. Flush with financing from Asian cartels, the poachers were able to infiltrate Botswana’s security agencies and gather inside information. However, Botswana’s anti poaching unit also went hi-tech and managed to prevail over the poaching militias.

Botswana’s conservation and anti-poaching operations have earned it global international accolades. Through the Botswana Rhino Reintroduction Project, The Wilderness Wildlife Trust is actively involved in conservation and reintroduction of black and white rhino into northern Botswana. In appreciation of its conservation and anti-poaching record, the government of Botswana last year received six rhinos that were trans-located from a private game reserve in South Africa into the Okavango Delta. In August last year the Khama Rhino Sanctuary was bestowed with the Rhino Conservation Award at the annual Rhino Conservation Awards in Johannesburg, South Africa. The award recognized Botswana’s political and judicial support in combating poaching, and President Khama’s pivotal role as patron of the Khama Rhino Sanctuary Trust and the Kalahari Conservation Society. 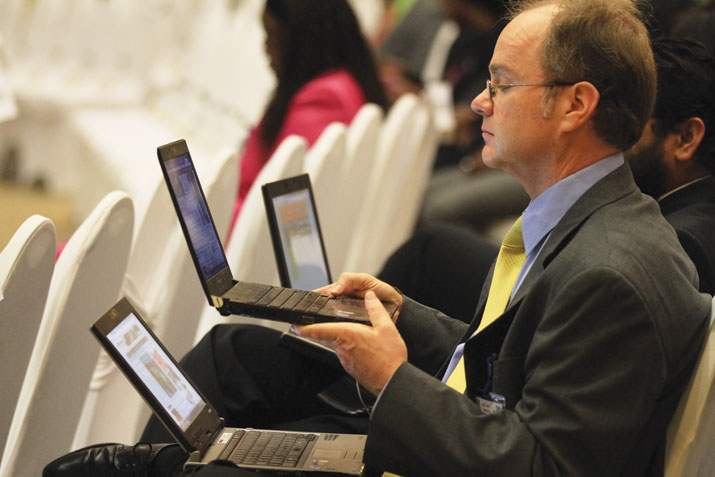