A fortnight ago The Botswana Gazette published a story on allegations that the Directorate on Corruption and Economic Crime (DCEC) received a whistleblower report on the dealings of the then Botswana Defence Force Commander Lt General Seretse Khama Ian Khama. This is a follow up on some of the major players in the alleged case.

In 1996, when current President, Ian Khama was still Commander of the Botswana Defence Force, a four-man delegation from the army’s procurement unit went to the United Kingdom to inspect a model of tanks called Scorpion supplied by Alvis Company. The delegation was allegedly made up of Major Albert Matlapeng, Major George Tlhalerwa, Colonel Moloi and Colonel Matshwa. Though the delegation later decided against making such purchase after finding that Alvis had stopped producing the tanks and would be unable to provide maintenance and service, Seleka Springs, a company owned by the Khama family allegedly procured the tanks for the BDF. This led to whistleblower report to the DCEC and a corruption case was allegedly opened against Khama and Seleka Springs.

Major Albert Matlapeng
He is currently the Chief’s Representative in the Batlokwa Tribal Administration. Reports say he confronted Khama’s younger brother, Tshekedi, during dinner that he and delegation members had been invited to by the latter. Matlapeng is said to have quizzed Tshekedi on why his family’s company always went outside of what the procurement unit recommended and bought BDF “rejects.” It is alleged that Tshekedi left the dinner table in anger.
Matlapeng was allegedly summoned to Khama’s office as the first suspect when he (Khama) learnt that he had been reported to the DCEC office some weeks later. Matlapeng was later transferred to the Francistown barracks pending his dismissal from the army.
A few weeks later, BDF rules and regulations were amended to empower the Commander to dismiss from the army any member of the force holding a rank that he appoints. About five months after the introduction of this rule, Matlapeng was dismissed from the army.

Brigadier Tlhalerwa
He rose through the ranks to become brigadier and in 2012 was redeployed to the Office of the President where he is now Khama’s senior private secretary.

Jennifer Matlho Kgosi
It is alleged that Matlho was the first DCEC officer to receive a report against the Khama family. She later married the Director General of the Directorate of Intelligence Services, Isaac Kgosi. She then left DCEC to join Botswana National Productivity Centre (BNPC) a year after Khama became Vice President. She is currently BNPC marketing manager.

Tymon Katlholo
He was DCEC Director at the time and retired from the public service a year after Khama became President in 2008. There was speculation in some quarters that he was forced out of the office.

Leatile Dambe
Dambe had prosecuted many high profile cases including those of former director of Department of Roads, Kebonyekgotla Kemokgatla, who was eventually convicted.  Her time at the Directorate of Public Prosecution  also saw some of the senior and well respected members of the society being dragged to courts of law to answer corruption charges. These included Elvidge Mhlauli, Armando Lionjanga and the late Louis Nchindo.
It is alleged that the file was destined for her desk and may well have reached it. The file is said to be under lock and key at DCEC. She became High Court judge two years after Khama became President. 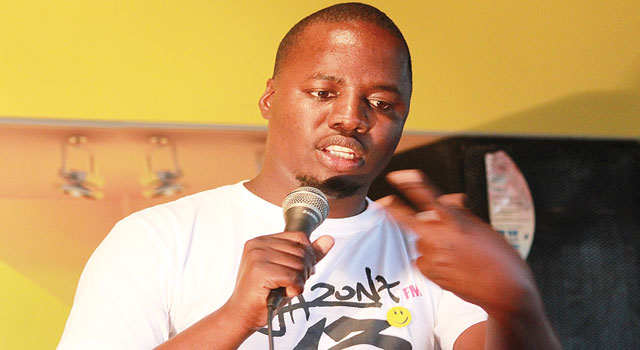