President Ian Khama used a Special Congress of the ruling Botswana Democratic Party held over the weekend to introduce a jumpstart measure meant to prop up the country’s subdued economy which is currently bleeding jobs, with massive retrenchments, instead of creating employment as is expected of a normal vibrant economy.

Though no money amounts have been mentioned to date, the stimulus has been touted to perk up tourism development, agricultural production, construction of buildings and roads as well as manufacturing, with a view to creating jobs and economic activity.

The key elements of the package, as elaborated by President Khama on Saturday at Limkokwing University of Creative Technology, include: Fast tracking of land servicing, with 37,000 plots to be catered for in the coming year; Construction of 4480 new housing units by the Botswana Housing Corporation; Construction of an additional 1664 teachers quarters and 534 nurses quarters. The package also includes construction of 144 classrooms and 92 labs.
Khama also said that new roads will be constructed, with bypasses for the A1 highway as well as bypasses for Francistown, Molepolole and Lobatse. A total of 92 health posts will be upgraded to clinic  status. It is said that the programme will be funded partly through withdrawals from the P88 billion strong foreign reserves to stimulate the economy.

However, details are missing as to the time lines of the various projects, except that the roll out will commence before the end of the year.  Expected expenditure amounts for the envisaged projects are also conspicuously missing,  amid concerns about capacity constrains and project implementation, which have dogged the country in recent years, with cost over runs and poor workmanship being the order of the day.

“We have now seen that if we cut projects, our economy is going to stagnate,” Khama said Monday in a state television broadcast. “We have built up sufficient reserves and the time has come to use these reserves.”

Botswana forecasts that its budget will swing to shortfall of P4.03 billion in the year ending March 2016 from a surplus of P3.67 billion  in the previous year, due largely to slower sales of rough diamonds and lower metals prices.

“Botswana will use some of its $8.5-billion in foreign exchange reserves to stimulate the economy after a drop in diamond prices hit growth,” President Khama said on Monday, adding that Botswana in September slashed its 2015 growth forecast from 4.9 percent  to 2.6 percent  and said the country would post a budget deficit this year and the next.

Diamonds account for around 75 percent of Botswana’s foreign exchange earnings and 30 percent  of GDP, but demand has slowed since late 2014 as middlemen who buy rough stones struggle with a stronger dollar and liquidity problems. The value of rough diamond exports from Botswana’s mines fell 15 percent  in the first six months of the year. “We have realised our economy is going to stagnate,” Khama said in a televised speech. “The time has come for us to make bold decisions and implement these new projects that will boost our economy. But that doesn’t mean we are going to be reckless,” Khama added, without giving details on the size of the extra spending. The economic stimulus, which Khama said would be ready in “a few weeks”, will target tourism development, agricultural production, construction and manufacturing. Botswana currently has P88-billion ($8.5-billion) in foreign currency reserves, with around half held in a sovereign wealth fund.

Afena Capital Chief of Investment, Alphonse Ndzinge, said that, “The stimulus package was necessary considering the economic backdrop of low commodity prices and low inflation. The economy is slowing down and government needed to step in and reinvigorate it. The plan to diversify the economy is a good development because reliance on the mining sector is not sustainable as swings in commodity prices create volatility in Botswana’s economic growth,” he said.
Further, Ndzinge said that proposed construction projects will aid in propping up the economy in the short-to-medium term. “Investment in the ailing electricity and water sectors should also be fast tracked in order to stimulate private sector investment in the economy which has waned due to utility supply constraints,” he opined. Ndzinge observed that the proposal does not mention public sector wages due to the current low inflation environment where inflation is stuck firmly at the lower bound of the Bank of Botswana’s inflation target at 3 percent.

Prof Emmanuel Botlhale, a Public Finance Expert at the University of Botswana, gave a thumbs to the appropriateness of the intervention saying that for a subdued economy like that of Botswana, it was a good move by Government to introduce the stimulus. “Using the Musgrave three-function framework of macroeconomic stabilisation, income redistribution and resource allocation, the Botswana Government has a duty to steer the economy in the right direction,” said Prof. Botlhale.

“In times of subdued economic activity as adequately instanced by the revised economic growth forecast from 4.9 to 2.6 percent for the 2015/16 financial year and a looming budget deficit, plus high pockets of unemployment, it is to be expected that the government pro-actively intervene to arrest this situation.”
On whether it is appropriate to dip into the country’s foreign exchange reserves, which stand at P89 billion, Prof. Botlhale said: “Foreign exchange reserves are the equivalent of an individual’s savings account; to be used very frugally in a rainy day. Therefore, if the government cautiously dis-saves from the foreign exchange reserves to stimulate a not-so-buoyant economy, this is not a bad financial decision. In fact, it is the only option available to it.”
However, Botlhale warned against blowing away the import cover that the country has, by drawing significantly or depleting the reserves. “The only caution is that the government should not substantially draw down the reserves so that we remained exposed, that is, we do not have an import cover should the global economy be hit by another global economic crisis,” Boatlhale added.

On whether this move by Government was a knee jerk reaction due to the political pressure exerted by a resurgent opposition bloc that has made unprecedented gains at the last general elections, not to mention winning all subsequent bye elections to date, Prof Botlhale did not suspect that the ruling party is playing politics with the introduction of economic reforms. “I do not think that the BDP is doing some political posturing to shore up its dwindling political fortunes. What it is doing is to be expected of any ruling party; that is, it has a duty to steer the economy in the right direction. The BDP can’t play politics with the economy of Botswana and, in this regard, there is no precedent of such antics in the BDP’s history,” Botlhale concluded. 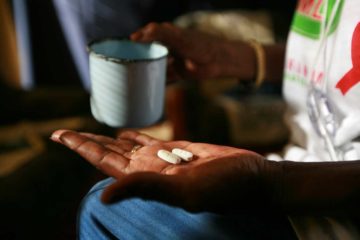