The Minister of Wildlife, Environment and Tourism Tshekedi Khama’s diamond company, Monak Ventures PTY Ltd is lined to cash in from an acquisition deal worth P80 million that Firestone Diamonds Plc is concluding with the Canadian based Tango Mining Limited.
Last week, Firestone Diamonds Plc announced that it has entered into a conditional agreement with Tango Mining Limited for the sale of its Botswana operations. These include the interests in the BK11 Boteti Mine for a total of P80 million in cash.

This surfaces amidst brutal sparring in Parliament over the multimillion Pula military deals that Tshekedi and his twin, Anthony, through their military supplies company, Seleka Springs, is said to have enjoyed with the Botswana Defense Force while his brother President Khama was still an army commander.
The Defense and Justice Minister Shaw Kgathi would later confirm these alleged deals in Parliament, which he quantified to about P229 million between 1989 and 2012.

However, in this diamond deal, Firestone reveals in a statement that about P35 million of the total consideration would be payable immediately while the P30 million would be placed in Escrow as a deposit by no later than 30 September 2015 and the remainder to be received upon completion.
There are four conditions which the completion of the sale is dependent upon and which have to be met within six months of the date of the Agreement (the Drop Dead Date). These are, as outlined by the Company:
·    Tango Mining raising the balance of the consideration, being US$ 7.35 million;
·    The parties gaining approval from the Botswana Competition Authority;
·    The parties obtaining Botswanan ministerial approval for the transfer of the       controlling interest in Monak; and
·    Tango Mining receiving the requisite approvals by the TSX Venture Exchange in respect of the Disposal.

Under the terms of the Agreement, “Tango Mining has also agreed to pay into Escrow the ongoing cost of BK11’s care and maintenance programme from the date of the agreement up to the earlier of the date of completion of the Disposal and the Drop Dead Date, up to a maximum of US$ 40,000 per month,” the Company clarified.

Firestone Diamonds also noted that if the conditions of the Agreement are not satisfied or waived by the Drop Dead Date and an extension is not agreed between the Company and Tango Mining, the Disposal will not be complete. “In the event that the Disposal does not complete and the Company has fulfilled its obligations under the Agreement and the relevant regulatory consents and approvals have been obtained, the monies held in escrow, being the deposit and the care and maintenance costs, will be released to Firestone,” the Company stated.

Stuart Brown, Chief Executive Officer of Firestone Diamonds, commented that, “The disposal of the Botswana operations, including the BK11 mine, enables us to focus solely on our flagship asset, the Liqhobong Diamond Mine, in the Kingdom of Lesotho, where we will commence production during Q4 2016.”
Firestone Diamonds is an AIM diamond exploration and development company with operations in Lesotho.
Khama could not be reached to comment on the acquisition at the time of press. 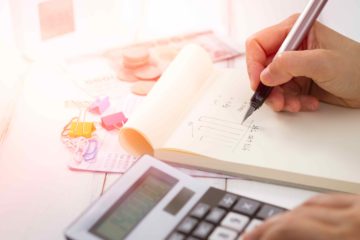