In their quest to present new and innovative concepts, the Laff-A-Lot comedy crew has secured sponsorship with the Department of Arts and Culture under the Ministry of Youth, Sports and Culture for the first time to host workshops which will give attendants a chance to showcase what they learnt during their live stand-up shows. The workshops will be conducted by Laff-A-Lot pioneers, Modiri ‘Mod’ Keseabetswe, Bafana ‘Ribcracker’ Letsatsi, and event coordinator Gaolathe Kediemetse.

“The main target for the workshops is to have at least 3 female comedians per workshop out of the 15 expected participants. This will help to build a pool of female comedians around the country,” said Kediemetse.
Commenting on the involvement of local women in comedy, Letsatsi said, “There is still a huge gap left for female comics to fill in Botswana and we hope by conducting such workshops, we will encourage more talented female comedians to come up and hone their skills. Laff-A-Lot is always ready to help and develop talent as well as to give a platform to all upcoming comedians so that together we build a vibrant industry.”

The Gaborone show will have a specific focus on female comics and its dubbed ‘The Three Queens of Comedy’ as it features Kelly ‘Rekunde’ Mophaleng, Amantle ‘1st Lady’ Mmonadibe, and top South Africa Female Comic Lindzy ‘Lihle’ Msimang.

According to a statement from the show’s organizers, some local comedians have been internationally recognized as they have been invited to share the stage with their counterparts from neighboring countries.  This past weekend, Ribcracker and Charles were invited to take part in the monthly Mafikeng Comedy Jam shows while Brooks and Rekunde will be featured next month. Brooks, Mod & Ribcracker have also been invited to perform at Morula Sun Casino & Hotel in Pretoria on the 30th October while Ribcracker will also open for the highly rated Trevor Noah during his show to be held in Gaborone on the 9th November.

“We have had tremendous support for our past shows from both the public and the media and we would like to thank them dearly. We promise a good tour with this production and we will surpass all the previous shows with a brand new concept of fresh comedy. The main aim really is to spread awareness about standup comedy as an alternative form of entertainment that is abundant in Botswana and also to help comedians turn their talent in to a livelihood,” Kediemetse said. 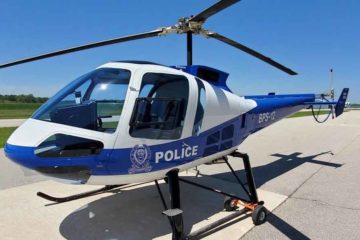