All eyes will be on the last and highest court in the country; the Court of Appeal, in a few weeks time to determine whether women in Botswana are entitled to the same inheritance as their male siblings in a case that has attracted much public interest both nationally and internationally. The case has seen presiding offi cers in different court structures from the lower Customary Court to the High Court in Botswana agreeing and disagreeing on what really supports the law and the constitution in terms of inheritance.

The case involves four Bangwaketse sisters; Edith Mmusi, Bakhani Moima, Jane Lekoko and Mercy Ntshekisang against their late brother’s son, Molefi Ramantele. The sisters are married, but one, Mmusi, returned back to her parents’ home after the death of her husband and some misunderstandings with her late husband’s relatives. Ramantele wants her to be evicted from the home and contends that the Ngwaketse customary law of succes-sion entitles him to evict her on the grounds that he was the sole surviving male relative, and that this is consistent with the constitution of Botswana.

In his arguments before the appeal court, Ramantele challenged the High Court decision from last year by Judge Justice Key Dingake which ruled in favour of her aunts that women also have the right to inherit as men. The landmark judgment got Dingake a recognition from Women’s Link Worldwide at the Gender Justice Uncovered Awards. Ramantele contends that the Ngwaketse customary law allows all siblings to inherit intestate, and that the only distinction made by Ngwaketse customary law is that certain properties within the deceased estate can only be inherited by a specifi c individualtaking into consideration the gender of that individual and their position in relation to birth.

“Other children are entitled to any other inheritance except that only the last born is entitled to the homestead,” Ramantele argued. The four sisters on the other hand, urged the appeal court to uphold Dingake’s judgment. They contend that the Ngwaketse customary law is fl exible: it does not prescribe an invariable rule that only the last born son may succeed to the family homestead as intestate heir, to the exclusion of his female siblings, and that it would not so prescribe in this case. They said if the customary law does so prescribe, this violates the fundamental right to equality in section 3 and also section 15 of the constitution of Botswana. The case has been dragging before the courts since 2007 after the death of Ramantele’s father.

Ramantele took the case before the lower customary court which granted him the application and ruled that, “a male child never leaves his parents’ home except when he marries or due to bad behaviour which the parents do not condone. As for the girl child she only leaves her parents’ home when she gets married and that is where her inheritance will be.” The lower court awarded the home to Ramantele and ordered Mmusi to decide what to do with the house she built on the homestead.

The sisters subsequently appealed before the main customary court which upheld their appeal and ruled that, “the home belongs to all children born by the four sisters and their late brother’s mother and father. The relevant elders should go convene a meeting for all the concerned parties where one child will be appointed to look after this home on behalf of the others.” Ramantele later appealed the case before customary court of appeal which dismissed the verdict of the main court and upheld the judgment of the lower customary court.

It was then that the sisters took the matter before Justice Dingake who ruled in favour of them. Tshiamo Rantao and Kelly Kewagamang represent the women while Thabiso Tafi la represents Ramantele. Meanwhile, the appeal court has reserved the judgment until a date to be announced.

Into the Okavango’s Mr Water in DC for film screening 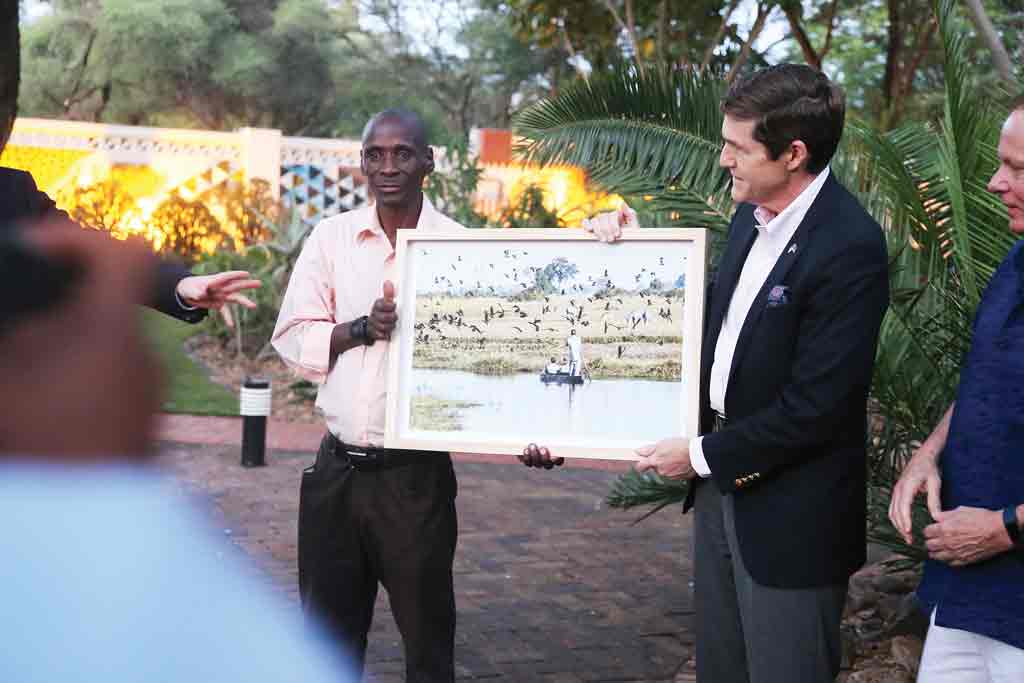