The outgoing Registrarand Master of High courtGodfrey Nthomiwa, saidthe Law Society of Botswana(LSB) is free to challenge judicial appointments in courts. The Registrar was responding to The Gazette, concerning the burning issue that has for a long time been the talk of the legal fraternity. Nthomiwa who sounded very annoyed by this issue, argued that the LSB has always been complaining about the judicial appointments, saying, “These are the very same people who have influence and can influencethe change,” he said. “Attorneys can state anything before the courts and the courts can make a decision. Why can’t they state a case before the courts and be decided. They can even decide a national conference to discuss the issue,” he added.He said there was a referendumin 2010 after the Aguda Commission Report.The commission, he said, carriedout investigations on thepreferred type of judicial ap-pointment system, where upon the composition of the Judicial Service Commission was increased from three to six members; Attorney General, LSB, appointee of His Excellency, judge president of the court of appeal, chief  justice as the chairperson and the chairperson of public service commission,“this was considered representativeenough,” said the outgoing registrar.

Nthomiwa who was recently called to the bench, said when ever there was a post of a judge, it isadvertised and made open to everyone.“People compete for positions,and the best candidates are employed.”He dismissed talks that Botswana judicial system should copyfrom South Africa and make the interview of judges publicly, “it is time we advocate for change that suit our local position, that for Botswana,this is what we seek andbelieve it would work for us,” hesaid, adding that, “we are partnersand stakeholders with the law societyand we have one interest.”Section 105(1) of the Constitutionof the Republic of South Africaprovides that the Judicial Service Commission of South Africa consists of the Chief Justice, who shall preside at meetings of the Commission;the President of the ConstitutionalCourt; one Judge Presidentdesignated by the Judges President;the Minister responsible for the administrationof justice or his or her nominee; two practising advocates designated by the advocates’ profession; two practising attorneys designated by the attorneys’ profession; one professor of law designated by the deans of all the law facultiesat South African universities;four senators designated en bloc bythe Senate by resolution adoptedby a majority of at least two- thirdsof all its members; four persons, two of whom shall be practising attorneys or advocates, who shall be designated by the President in consultation with the Cabinet; on the occasion of the consideration of matters specifi cally relating to aprovincial division of the SupremeCourt, the Judge President of therelevant division and the Premierof the relevant province.The law society, Nthomiwa said,could in the least arrange a national conference and discuss this old issue.

Apparently, the bench has a totalof 25 local judges who have beenappointed since 1997 to date. Nine of the judges have been working for government in the magistrate’s courts, Attorney General Chambers and the Directorate of Public Prosecutions. Only three came from private practice, two are former lecturers at the University of Botswana and one from Motor Vehicle Accident Fund. For the past two years alone, 10 judges were appointed: six had been working in the courts, three from private practice and one from the University of Botswana. Meanwhile, politicians, columnists and law society have always made it clear that they were not happy with the appointments of judges in the country. Contacted for a comment, on why the law society would not challenge this issue before the courts of law, the chairperson Lawrence Lecha, said he would not discuss it as he had not consulted with his members about it. He said, “Our position is onpaper, and we would take it fromthere.”On their paper, the law societystates that, to achieve the independenceof the judiciary, systems ofappointment of judicial officers areseen as crucial to ensuring that the independence of the judiciary is achieved. They say the process by which individuals are placed in such positions of power and responsibility must be open to public understanding,debate and scrutiny.

They also argue that even thoughit is stated that the president actstrictly with the advice of the judicial service commission, but his influence is already catered for and is entrenched.“By virtue of section 103 (4) theJSC operates outside the control ordirection of any person. However, the president wields indirect influence because five of the six people appointed to the JSC are appointed to their substantive positions by the president,” stated the LSB on their position paper. From Page 24 Godfrey Nthomiwa Pic Koketso Oitsile Debswana Diamond Company – Head Office would like to invite suitably qualifiedinnovative, results oriented and self-driven individual to apply for the position listed anddescribed below and join a professional team driven by service excellence, where the demands of the business are met by encouraging team work and addressing the needs ofthe individual.Job Summary The successful candidate will drive and coordinate the implementation of Safety and Health programmes and ensure compliance with standards, relevant legislation and other requirements. Develops the operation’s safety and health strategy, including appropriate resources, to ensure the achievement of the safety and health policy objectives, Analysesdevelopments/trends and changes within and outside the wider group as well as changesin safety legislation and good practice and adapts the company strategy and policiesaccordingly and develops operational objectives, targets and management plans to guidecompany strategy. Minimum Requirements• Degree in Safety Management or Occupational Degree in Safety Management or equivalent• 8 years post qualification experience in Occupational Safety and Health, including2 years at supervisory level2.• Safety Management Systems (eg OHSAS 18001)Key Effectiveness Areas• Safety and Health System Application• Safety, Environment and Health Risks• Projects• Knowledge Management• Client RelationshipsLeadership Competencies• Personal Effectiveness• People Management• Change Leadership• Stakeholder management• Strategic Business Thinking• Safety Focus• Values DrivenOnly candidates who meet the above requirements need apply enclosing a current curriculumvitae and certified copies of certificates: please indicate the position on the email subject.• Email: recruitmentHO@debswana.bw • Closing Date: 21st June 2013 • NB:Only short listed candidates will be responded to.Employment OpportunityHealth & Safety Manager (D3)Shape the Future Show We Care Build Trust Pull Together Be Passionate

Sekai is a complete disaster 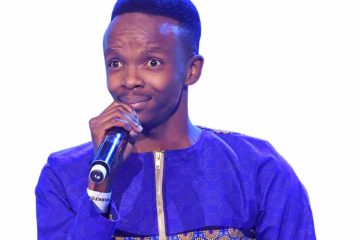